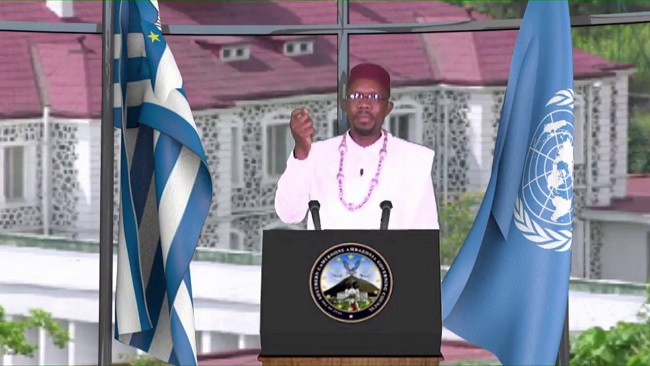 The Southern Cameroons Interim Government has touched on a lame and ridiculous statement made by the French Cameroun regime in Yaoundé saying that Ambazonia Restoration Forces have been totally defeated.

The Southern Cameroons Secretary of State for Communications and Information Technology, Hon. Milton Taka said President Paul Biya of La Republique du Cameroun and his army soldiers have been driving on the wrong side of Southern Cameroons motorway and therefore they need to make a U-turn to the negotiating table for the two Cameroons to have a peaceful co-existence.

In a telephone conversation with Cameroon Concord London Bureau Chief, the Southern Cameroons Secretary of State for Communications and Information Technology Milton Taka stated that “The Biya French Cameroun administration in Yaoundé and military officials have been driving on the wrong side of the Ambazonian highway for four years now, while thinking that the Ambazonian people and their Interim Government coming from the opposite direction are moving in the wrong way.”

Comrade Milton Taka pointed out that the sooner Biya and his gang of French Cameroun political elites realizes the right direction of the Amba highway, the better it will be for the future generation of French and British Southern Cameroonians.

Secretary Milton Taka noted that “The path that Biya of French Cameroun must take is completely clear as indicated by His Excellency President Sisiku Ayuk Tabe. Biya must withdraw all Francophone forces from Southern Cameroons streets, free all Southern Cameroons Prisoners of Conscience, grant general amnesty to all Ambazonians in the Diaspora and commit to an international mediated negotiation in a neutral venue and the Southern Cameroons Interim Government will be there.”

Hon. Milton Taka then pointed to educational issues created by the four-year-old conflict. “On educational matters, primary education is free in public primary schools in Nigeria. But many of our refugee children are at home because their parents cannot afford for text books and other school materials. Even at the Secondary School level, subsidies by UNHCR partners do not cover other areas of need. There are young graduates on and out of the settlements who are idle without any form of substantial empowerment. Even those who wish to further their studies seldom get hold of scholarship opportunities. Such are the voices and experiences of some Cameroonian refugees in Nigeria hoping to one day return home” Milton added.