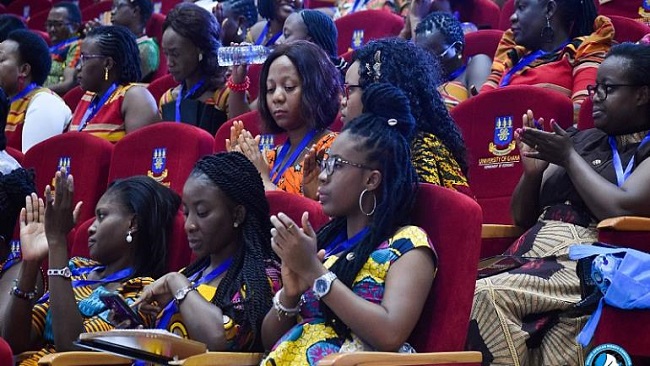 The Global Leadership of the Young African Women Congress (YAWC) Network has held an extraordinary virtual leadership summit to discuss the ongoing Anglophone crisis in Cameroon.

This followed a request by the leadership of the Cameroon Chapter to the YAWC Network Council to intervene in the crisis following recent killings of school children, believed to be related to a long-standing misunderstanding between the Anglophone regions.

The meeting which was held on 4th November 2020 saw the participation of the YAWC Network Council Chair, who also chaired the meeting, the Executive Secretary, the Global President and Vice President of the Network, Executives of the various National Chapters (Ghana, Nigeria, Liberia, Cameroon, Kenya, Sierra Leone, Uganda). The meeting also received insight from experts in the area of law, international relations, conflict resolution, peace and security.

Top on the agenda were strategies to help to encourage genuine dialogue among the various factions while ensuring the safety and wellbeing of women and children by providing relief services to victims.

To set the tone for discussions, the President of the Cameroon Chapter of the YAWC Network, Ms Rosaline Akweba Obah gave a vivid picture of the situation in the country, siting serious acts of abuse and atrocities committed by various factions in the midst of the crises. She said, “The ongoing crisis in the two English speaking regions of Cameroon has left thousands dead, millions rendered homeless as their property and livestock have been destroyed through burning”.

She, together with her executives, responded to questions with regards to her narrative to inform suggestions and resolutions towards the specific requests made to the YAWC Network Council.

Discussing the matter and paying heed to facts and the legalities of the cases, the YAWC Network Leadership resolved that, it would launch a campaign, both virtual (that is involving the use of electronic posters and videos) and physical if deemed safe, to express concern about the crises. Leaders of the National Chapters were therefore admonished to engage their members to engage in the massive campaign that will follow the meeting until the government’s attention is drawn to the intensity of the crises in the country.

In effect, a special appeal would be made to the government of Cameroon to engage the separatists involved in the crises in any approach found tenable. And much of these dialogues should involve women who bear the biggest brunt of such crises. If possible, measures should be put in place as a matter of urgency to ensure that women and children and the vulnerable are protected in the midst of the misunderstandings.

While efforts are being made to restore peace and tranquillity, the summit recognised the fact that many people had been displaced through the crises. The summit therefore resolved to work in tandem with the leadership of the Cameroon Chapter to mobilise resources from all the other nations where YAWC Network is represented to mitigate the current loss victims may be suffering. Resources that would be gathered in this effort will be only non-perishable goods. Leaders were therefore tasked to inform their members to contribute their quota as far as their efforts would enable them to help their brothers and sisters in Cameroon.

In the same vein, the Cameroon Chapter Executives had identified ten (10) girls whose education could be in jeopardy if help was not found since they lost their parents through the crises. The summit resolved to open a unified account and designated to the Cameroon Chapter. The account will be a pool where all members of the YAWC Network could contribute their monies to help fund the education of these girls.

The YAWC Network remains committed to enforcing these resolutions and look forward to partnering other major stakeholders to bringing lasting peace to Cameroon. And more especially, in a way that would safeguard the sanctity of women and the future of the children in the country.

We call on all well-meaning African women to register and be part of the YAWC Network from whichever country they find themselves and be a part of a global movement that speaks and acts for women in true pan-African way.