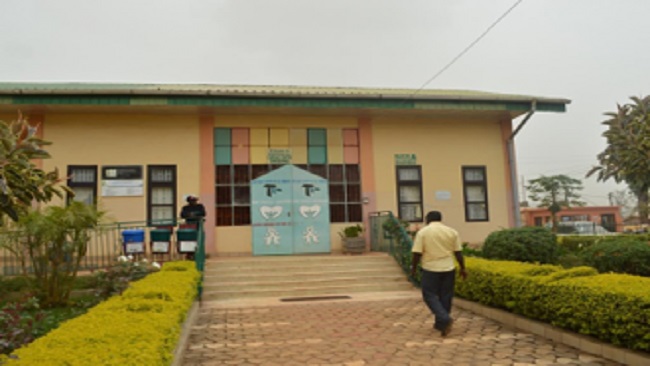 Sisters at a Catholic hospital in the war-torn Anglophone regions of Cameroon have been threatened by government soldiers for the second time this year. Army officers told the Tertiary Sisters of St Francis they were looking for armed separatist group members known as the Amba Boys. After a two-hour search of the medical facility, the heavily-armed officers found no combatants. However, a media release from the Sisters reports that the soldiers vowed to burn down the hospital the next time they visit it.

Cameroon government soldiers in three armoured vehicles arrived at the St Elizabeth Catholic General Hospital Cardiac Centre at 1.30pm on November 14. The hospital is in Shisong in the Bui area of the mainly English-speaking North-West Region. The hospital director, Doctor Sister Anshoma Helen Mbouh, was summoned and forced to accompany the soldiers as they spent more than two hours searching every section of the health facility.

The media release from the Tertiary Sisters of St Francis continues, “Not finding the Amba boys they were looking for, they started insulting and threatening the Reverend Sisters.” The officers said they would shoot the Sisters, and it is alleged that they then severely beat two hospital security officers during interrogation.

The same hospital was searched by armed soldiers on July 19 this year. The media release reports that when they left the hospital on November 14 at 3.45pm, some of soldiers expressed remorse. “However, some of them continued with their threats to the Sisters and the Hospital. They promised that the next time they would be back, they will set the entire hospital on fire.”

Commenting on the invasion, Lord Alton said, “It is intolerable that a hospital and its patients and staff should once again be subjected to heavy-handed intimidation, threats and harassment by government forces. This is an outrageous violation of a place dedicated to saving lives and healing. The Cameroon government owe the hospital an immediate apology and a promise that there will be no recurrence.” It is a war crime to attack a hospital during a conflict, even when it treats enemy wounded.

Lord Alton will be tabling a Parliamentary Question asking the British government, which recently signed a trade deal with Cameroon, to urge the authorities in Yaoundé to urgently participate in inclusive peace talks to break the impasse in the Anglophone Crisis.

There has been increasing violence in the English-speaking area of Cameroon since 2016, when the Francophone-dominated government tried to impose French-language procedures, judges, and teachers in courts and schools on the area’s six million Anglophones. Hundreds of thousands of unarmed civilians have been driven from their villages as their homes have been burnt, causing a humanitarian crisis which continues to deteriorate. Armed separatists demanding independence for the Anglophone regions which they call Ambazonia have responded to harsh government tactics with violence of their own. Doctors, nurses, religious orders and medical facilities have also been threatened by armed men claiming to represent the Ambazonian separatist fighters. Repeated efforts by the Swiss Centre for Humanitarian Dialogue and Swiss government to hold inclusive peace talks have been rebuffed by Cameroon, and encouragement from the Vatican has gone unheeded.”