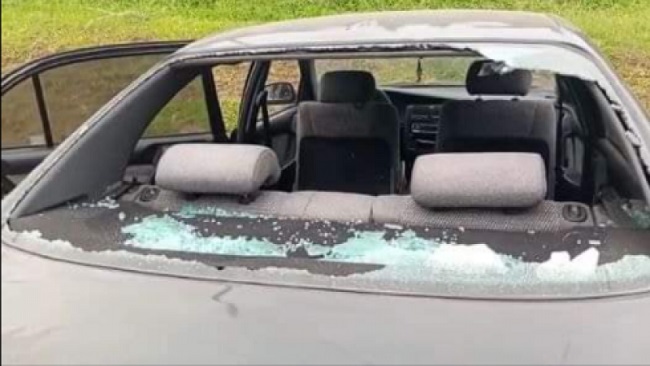 A Nigerian business woman was struck and killed by a stray bullet as she drove on the Kumba-Mamfe Road on Friday, 02 July 2021.

Onyinyechi Ugwu  Emmanuella was shot as her vehicle drove through the intersection at Manyemen village along the Kumba-Mamfe Road  referred to as National Road No. 8.

Bullets struck the passenger vehicle that was transporting her and her two sons to Nigeria and at least one hit her in the side.

Another vehicle also was struck by gunfire as Ambazonia Restoration Forces and the Cameroon government military battle for control of the Kumba-Mamfe Road.

The incident is emblematic of an upward trend in Southern Cameroons this year.

The pain in Southern Cameroons-Ambazonia is excruciating. Some 47,000 people – both soldiers and civilians – have lost their lives in a war that could have been avoided if the Biya government had carefully listened to the voices of wisdom and to the English-speaking minority to gain a better understanding of the issues.

On the contrary, the government clogged its ears with arrogance, only listening to a bunch of desperate political sycophants whose mastery of the art and science of flattery and lies-telling is second to none.

The political sycophants are milking the country dry. They want to perpetuate their stay in the corridors of power. They understand that only lies-telling can keep them where they are. They love the perks that come with power and they will stop at nothing when it comes to manufacturing a beautiful lie for the Head of State, who himself, is completely and unfortunately out of touch with his country’s political and economic realities.

The fighting is already in its fourth year. The hunting rifles have been replaced with more sophisticated killing machines. The once formidable BIR has been demystified and many of its members are biting the dust in the jungles of Southern Cameroons.

By Rita Akana with additional reporting from Camcordnews political desk