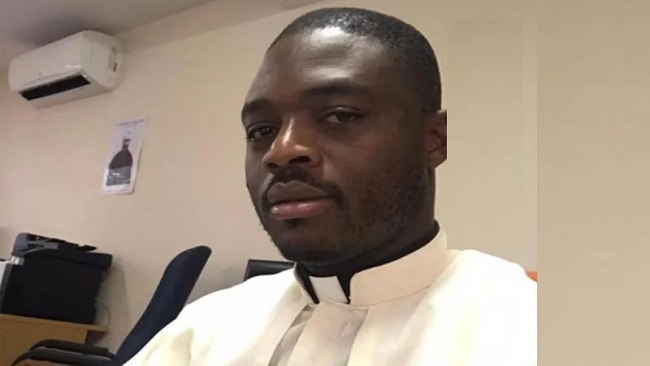 Fr. Ngenge Godlove Bong-aba who grew up in the Archdiocese of Bamenda in Cameroon’s Northwest region recalls several instances he has been harassed by the country’s security forces on allegations that he was connected to militants in the Central African nation.

In an interview with ACI Africa Wednesday, March 31, the former Parish Priest of St. Therese of the Child Jesus Esu Parish of Bamenda Archdiocese says that members of the Clergy whose only concern is to uphold the dignity of human life in the country are sometimes accused of siding with those who oppose the government.

“My challenges reflect those of the Catholic Church as a whole in the Anglophone regions of Cameroon,” Fr. Godlove told ACI Africa.

He added, “In my quest to uphold the truth, condemn injustice and defend the God-given dignity of the human being, I am sometimes misunderstood, suspected and misrepresented as supporting one or the other camp by the regime as well as the actors advocating for the breakaway state of Ambazonia!”

Efforts to create the state are at the heart of the ongoing conflict that has led to the death of over 3,000 people and displacement of over 679,000 others. The conflict that started with a strike of a section of teachers and lawyers in the two regions has also left more than 600,000 children unable to go to school.

Fr. Godlove recalls a particular incident in 2020 when he was summoned by a group of military men that were setting up camp at a village near his Parish.

“I was introduced to the highest in command in the entire Division (a Colonel), who told me to my face that he did not trust Priests, Bishops and the Catholic Church as far as the crisis was concerned!” the Priest told ACI Africa.

He went on to narrate, “He (the Colonel) kept us there for over an hour, obtaining information from a Fulani motorbike rider concerning a boy who was riding my Parish motorbike, whom he suspected to be an armed separatist.”

The 33-year-old Priest who recently went to work on a project in South Africa says that were it not for the word of the Fulani, the military would have taken the young man into custody “and probably shot him and disposed of his body.”

In a separate incident, Fr. Godlove was denied access to an Outstation of his Parish by an armed separatist.

Recalling the event, he says, “I was with the same boy and they searched us thoroughly and emptied all my stuff on the ground; also claiming that I had shown the military the way to go and attack their colleagues.”

In this particular altercation, the Cameroonian Priest was ordered to leave immediately and warned never to minister at the outstation again.

Fr. Godlove is currently working with the Denis Hurley Peace Institute (DHPI) that has been closely monitoring the situation in the conflict hit part of Cameroon for about two years now.

He shares with ACI Africa that the work of the institute of the Southern African Catholic Bishops Conference (SACBC) is to “meticulously record and report human rights violations in the country.”

The institute is also working to rouse the international community into action to work in bringing about an end to the conflict.

Fr. Godlove says that clashes between the Cameroonian military and armed separatists still occur from time to time.

“Except for a few schools that run in urban areas under strict military protection, schools remain closed down for all these years,” he says, and adds, “Teachers and students are targeted by separatist fighters in order to ensure effective school boycott.”

In the two English-speaking regions, there are “routine ghost town days” every Monday and total lockdown days to frustrate government activities.

Kidnapping for ransom by separatist fighters makes life unbearable for people in the conflict areas, he says.

“Esu where I worked is one of the hardest-hit areas in the conflict,” the Catholic Priest shares, adding that the local population suffers from the state military who accuse them of collaborating with armed separatists.

On the other hand, separatist fighters deal harshly with anyone suspected of interacting with the military, calling them “blacklegs”.

Blacklegs is a term used by the exiled advocates for separation (activists) and armed separatists to refer to those whom they think want to compromise the struggle for independence (traitors) by collaborating with the state military or other administrators of the regime.

Schools remain shut down in most of the rural areas and very few run in urban areas with heavy military presence, a situation that the Priest says psychologically impacts the learners negatively.

Movement between towns and villages in the conflict areas is very expensive, difficult and dangerous with many checkpoints mounted by both the state military and the separatist fighters, who extort money from passengers and drivers, he says.

“As a result, transport fare has quadrupled as bike riders and drivers risk having their cars, buses and bikes burnt down,” the Priest told ACI Africa during the March 31 interview.

He expressed concern that the number of internally and externally displaced person has kept on rising as a result of kidnapping for ransom in cities and killings by the Fulani gunmen who also loot in some of the rural areas and burn down villages.