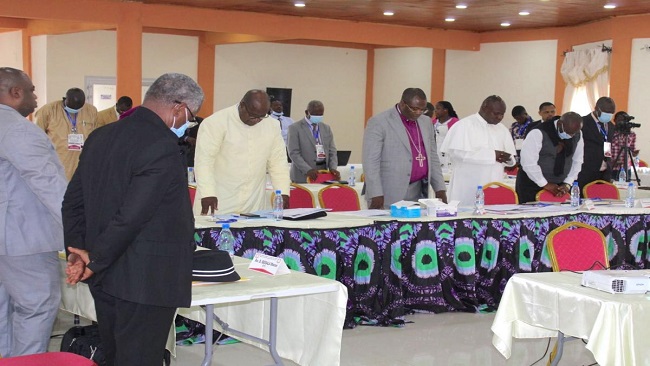 Southern Cameroons Crisis: Religious leaders reflect on the cost of the conflict and how to resolve it 0

“We the Religious Leaders of Cameroon acknowledge our neutrality and impartiality while reserving our rights to point out what is right or wrong in any conflict situation, decided to make the following declarations,” they said.

Cameroon’s 27 million people have two official languages—English and French—but the people in the two linguistic groups are divided, adding to the nation’s woes and for the concerns of its church leaders. They also face another affliction—violent extremist groups such as Boko Haram.

The conference agreed that the Cameroon government should consider the possibility of “a mediated end” to the crisis in the English-speaking western provinces of the country, as the only option to end this senseless armed conflict.

They declared their readiness as religious leaders of Cameroon to use their institutions and means to “objectively, faithfully, fearfully and lovingly assist, if not play a front role to bring about a just and peaceful end to the armed conflict ravaging Anglophone Cameroon and other major national crises.”