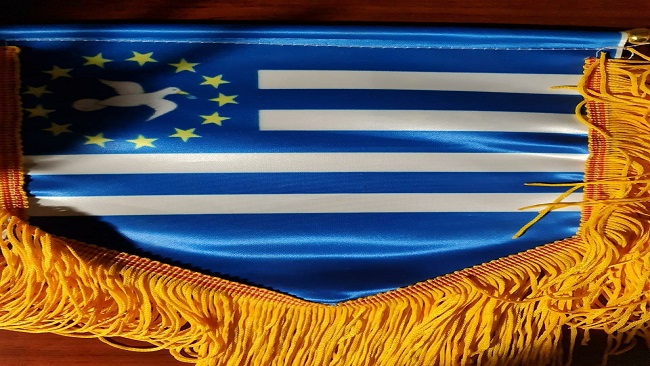 In a video circulated Saturday on social media platforms, Cameron’s English-speaking fighters say they have freed several civilians abducted by rebels. The fighters presented two people who said in the video they are separatist commanders, and their weapons were seized by a rival English-speaking separatist group called the Marines.

A separatist group called the Buffaloes shared another video that they said was taken in Bali, an English-speaking northwestern district, in which they claimed to have attacked another rebel group created by a self-proclaimed rebel general known as Big Number. They said Big Number fighters abducted a man and were asking for ransom.

The Buffaloes that shared the video, in which they claim Big Number sent fighters to harass civilians, said the abductions, killings, maiming, raping and torture of civilians have increased. The Buffaloes said separatists cannot claim they are protecting civilians from the brutality of Cameroon’s government troops, if fighters are committing gross human rights violations.

Both the Cameroon government and separatist leaders have confirmed that the videos are those of rival separatist groups in Cameroon’s English-speaking western regions.

Some separatist groups on social media platforms are also calling for the immediate release of all abductees, including five Catholic priests, a nun and two worshippers kidnapped this month from a church on the border with Nigeria.

The Catholic Church in Cameroon says the gunmen asked for $100,000 in ransom.

When the separatist crisis broke out in 2016, separatists said Cameroon’s central government in Yaounde was using education as an instrument of manipulation and assimilation of English speakers by the French-speaking majority.

Activist Edward Nfor, a member of a coalition of civil society organizations in Cameroon, said civilians think the fight for independence of Cameroon’s English-speaking regions from the French majority is losing purpose and is plunging civilians into more suffering.

“Citizens are fed up, because it looks like it has become a money-making organization with abductions and asking for money,” Nfor said. “We have unnecessary roadblocks, and they [fighters] collect money from passengers in vehicles like church offerings. So, I think these rival groups that are coming up now are actually, like, telling the people, ‘We do the right thing. We are going to defend you.'”

Nfor said his association is a neutral observer advocating for an end to the crisis so that people who have been suffering can return to their towns and villages.

Rights groups have accused both Cameroon’s military and anglophone separatists of killing civilians and torching their homes in the conflict. Both sides reject the accusations.

The United Nations says the fighting has left at least 3,300 people dead and more than 750,000 internally displaced.