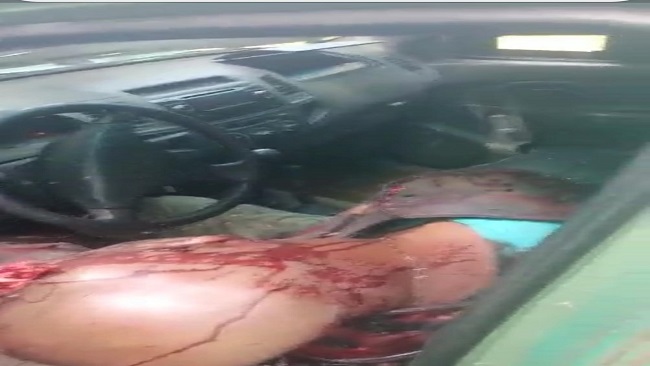 We gathered that the Manyu Liberation Ghost Warriors have recently been launching a series of dry-season operations heading towards Mamfe, the chief town of the county. Last Thursday’s attack left six French Cameroun soldiers dead and over a dozen injured. Cameroon Concord News Group learnt that one Amba fighter was killed during the anti French Cameroun operation.

Thursdays’ offensive by the Manyu Liberation Ghost Warriors against the French Cameroun occupying forces in Manyu County follows a series of French Cameroun military advances in recent weeks. The four years’ war of independence has been fierce and particularly bloody. The latest move by the restoration forces to launch coordinated attacks from all four corners of Manyu leading into Mamfe are bold but one that they are confident will yield considerable success.

Talking to Cameroon Concord News Group correspondent in Ekok, the commander of the operation said “it was a successful operation despite the loss of one of my brave warriors. Our goal is to win this war and make Ambazonia a free nation”. He went on “we are launching counter-attacks to take over Mamfe in a few months and are making strategic advances”.

He showed Cameroon Concord News Group videos of scores of weapons seized during the mission to Eyumojock and video clips that showed the fallen French Cameroun soldiers.

Rights groups and residents say the French Cameroun forces have attacked and killed over 700 civilians and burned over 45 villages and infrastructure in Manyu County over the last four years since the Southern Cameroons reaffirmed its independence from Cameroun Republic.

A resident said “they are burning everything and raping our daughters. They aim to stop all services because we seek freedom from the occupying forces of French Cameroun but attacks of this nature from our self-defense forces give us confidence that we shall succeed.”

Tens of thousands of people have fled their homes and villages, many of them seeking refuge in neighbouring Nigeria since the war started in 2016. The French Cameroun government has deployed its forces in the Southern Cameroons to kill anything that moves but they sadly underestimated the determination of the Ambazonia restoration forces.

Striking the local population with impunity has been a sad characteristic of the bloody four-year war of independence that it rarely even raises international outrage anymore.

The audacious claim by the Manyu Liberation Ghost Warriors to attack and take over Mamfe in a few months would certainly raise temperatures and blood pressures in Yaoundé. Guerrilla tactics of ambush like last Thursday’s attack are now frequent and are proving extremely successful for the self-defence forces but only time will tell if such tactics will be enough to take the city of Mamfe or eventually win the independence war.