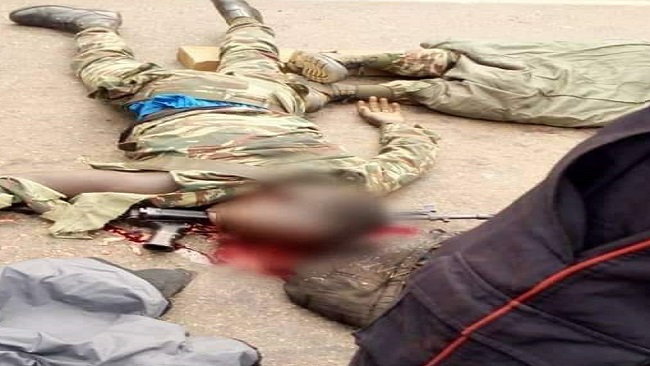 Several servicemen and women of the Cameroon government army deployed to Southern Cameroons are turning their guns on themselves according to a secret released circulating in the Ministry of Defense in Yaoundé.

The document reportedly addressed to Defense Minister Joseph Beti Assomo in the French language and captioned “Suicide — not combat — is the main killer of soldiers deployed to North West and South West” stated that “Though Cameroon government casualties have been high ever since the war effort began four years ago, of ———— troops who have died in Operation, many of them took their own lives.”

Cameroon Intelligence Report gathered that no one within the supreme military command in Yaoundé is interested in knowing why suicide ranks as the No. 1 cause of troop deaths in Southern Cameroons. However, our source at the defense headquarters pointed out to our chief intelligence reporter Rita Akana that the Francophone army soldiers fighting Ambazonia Restoration Forces have mental illnesses, post-traumatic stress and multiple combat deployments ranging from the Nigerian Islamic sect, Boko Haram in the Far North Region and the French back rebels in the Central African Republic.

The nature of the fight against Southern Cameroons Self Defense Forces has also increased Cameroon military combat fatalities. Though direct exchange of artillery fire between Cameroon government army soldiers and Ambazonia fighters are uncommon, the Amba fighters are now utilizing the hit and run tactics.