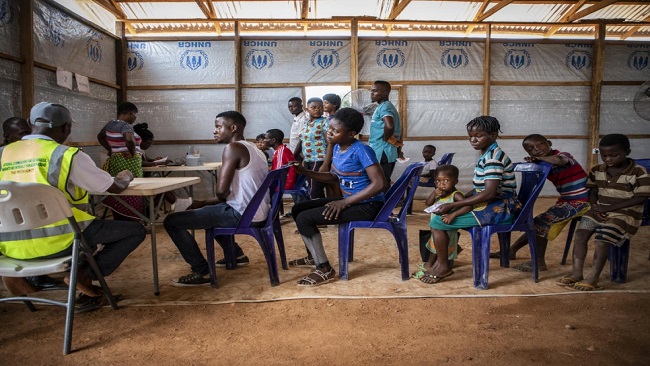 Southern Cameroons Crisis: The tales of agony are heartrending 0

Prior to October 2016, not many Southern Cameroonians thought they would ever be internally displaced in a country they felt was theirs nor did they ever think they would become helpless refugees in neighboring Nigeria.

But in October 2016, their lives suddenly changed, unfortunately for the worse. The country’s English-speaking minority had had enough of government instituted marginalization and discrimination, with lawyers and teachers downing their tools and taking to the streets to make their grievances known to a government that had decided to be deaf and blind to the sorry plight of Southern Cameroonians.

The Yaoundé government has never been reputed for dialoguing and it views dialogue as a sign of weakness and it was in no mood in 2016 to change its old bad ways.

This is a government that has a huge tool box but in that massive box, there is only one old rusty tool – violence – which has not been effective in recent times.

Times have changed but the mindset of those ruling the country seems to be frozen in time. Of course, if you have a hammer, everything you see will surely be misconstrued as a nail that needs to be hit hard and that was where the government made its mistake that has triggered a bloody insurgency that has caught the attention of the international community, with many Western governments calling out on the corrupt Yaoundé government.

The government’s reaction to the demands of the country’s English-speaking minority has created a pretty mess that has left thousands of Southern Cameroonians both at home and out of the country in a really unfortunate situation.

While those who are internally displaced are living rough in towns and cities in East Cameroon, those who skipped the border into Nigeria to escape the government’s Kafkaesque brutality are gradually losing hope and many are calling on kind-hearted individuals to stretch their hand of charity to them.

Among those who escaped to Nigeria are desperate women whose children are not having access to Nigeria’s educational system.

Though education at the primary school level is free, there is no guarantee that children from poor backgrounds can have the education they need to cut out a place for themselves under the sun.

If many Nigerian children cannot access education due to poverty, how will refugee children whose parents escaped their native Southern Cameroons, living everything behind, have access to such education?

Education is simply not the availability of brick and mortar. Buildings alone will never guarantee a child unfettered access to quality education. Food, transportation and books will surely guarantee a child a bright future, especially in an environment wherein the government makes the education of everybody living within that geopolitical entity a huge and significant necessity.

At the secondary school level, the United Nations High Commission for Refugees (UNHCR) subsidies are helping, but they do not go far enough. They do not cover many needs expressed by these refugee children and this is really retarding their progress. Their main concern is only to acquire education that will make them useful citizens of the world but education does not seem to be within their reach.

But the agony is more painful when you consider that there are young graduates among the refugees who are unfortunately and unhappily watching unemployment robbing them of their happiness and youthfulness.

They are without jobs and it is almost impossible for them to learn a trade. A hungry man is an angry man and these young men bear their anger on their faces. They are frustrated and disappointed by leaders who have placed their ego above their citizens’ interest.

Their country of origin – Cameroon – has rejected them and despite calls by the international community for the Yaoundé government to embrace dialogue and negotiations which will enable refugees to return to their homeland, the Biya government insists that only violence can bring this conflict to an end.

These young men are caught between a rock and a hard place. Their country does not think of their future and their host country clearly lacks the means and resources that can enable them to change their ugly and unfortunate fate.

Many of them want to further their education, but they lack the resources that can make their dreams come true.

This unfortunate situation has been compounded by the lack of scholarships and good Samaritans who can help them go back to school are few and far between.

To many of these desperate young men, their future is bleak and this uncertainty might push many into crime or push them over the border to Cameroon where their last option will be to bear arms in order to eke out a living.

While Nigeria and the international community are doing their best, the Yaoundé government must step in to help these youths who may become a millstone around everybody’s neck if they are not made to see hope in the future and the beauty in life.