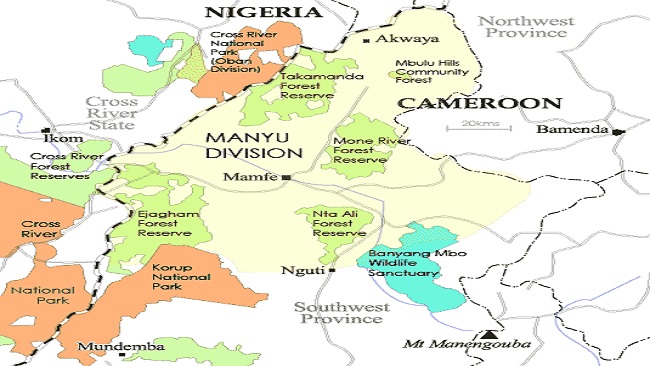 An ambush on a joint French Cameroun army and Gendarmerie patrol has left several soldiers dead, a Biya regime official has said, as fears increase that the Southern Cameroons crisis is transforming into a full scale war.  Three Anglophone troops were among the dead, according to a Cameroon Concord News file citing Cameroon military officials.

The Francophone dominated army confirmed in a poorly worded statement that a mine explosion claimed the lives of two of its servicemen. But it said nothing about casualties, adding the governor of the South West region and security chiefs are working to confirm details of the ambush. This is not the first time that the presence of Manyu Odeshi fighters has been confirmed in the Ekok and Eyumojock area, which has become unstable due to many attacks attributed to troops loyal to the Biya Francophone Beti Ewondo regime.

Cameroon Intelligence Report sources inside the Manyu Diaspora Advisory Committee revealed that the attack, which took place in the Eyumojock and Ekok, close to the Nigeria border, also claimed the lives of several soldiers. The ambush was “probably a terrorist attack”, a Cameroon government official said. One armored car and 3 Hilux were reportedly destroyed.