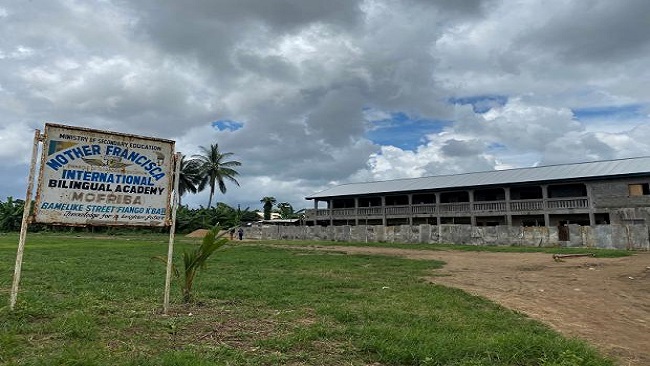 On 24 October, a group of armed men attacked Mother Francisca International Bilingual Academy in Kumba, in Cameroon’s restive South-West region. According to local reports, the victims were aged between 12 and 14.

UN Secretary-General António Guterres called on Cameroonian authorities to conduct a thorough investigation to ensure that those responsible are held accountable, his spokesperson said in a statement.

“The attack is another disturbing reminder of the exacting heavy toll on civilians, including children, many of whom have been deprived of their right to education,” said the statement.

“Attacks on education facilities are a grave violation of children’s rights,” it added.

He also urged the parties to answer his call for a global ceasefire, reiterating the availability of the United Nations to support an inclusive dialogue process leading to a resolution of the crisis in the North-West and South-West regions of Cameroon

‘Schools must be places of safety, not death traps’

In a separate statement, Henrietta Fore, Executive Director of the UN Children’s Fund (UNICEF) also condemned the attack “in the strongest possible terms.”

“This has been a deadly weekend for schoolchildren in Afghanistan and Cameroon,” she said, also referring to the attack on an education centre in Kabul.

“I am shocked and outraged at these abominable attacks and condemn them in the strongest possible terms. Attacks on education are a grave violation of children’s rights,” Ms. Fore added, reiterating that schools must be places of safety and learning, “not death traps.”

According to the UN Humanitarian Coordinator in Cameroon, Matthias Z. Naab, the attack is the worst atrocity since the resumption of the school year on 5 October, in which more students enrolled in the North-West and South-West regions than in recent years. Unrest in parts of Cameroon had affected school enrolment and access to education.

“Children have a right to education. Violence against schools and innocent school children is not acceptable under any circumstances and can constitute a crime against humanity if proven in a court of law,” said Mr. Naab.

The UN will continue to support Government and NGO efforts to provide necessary medical assistance to the wounded, added Mr. Naab.