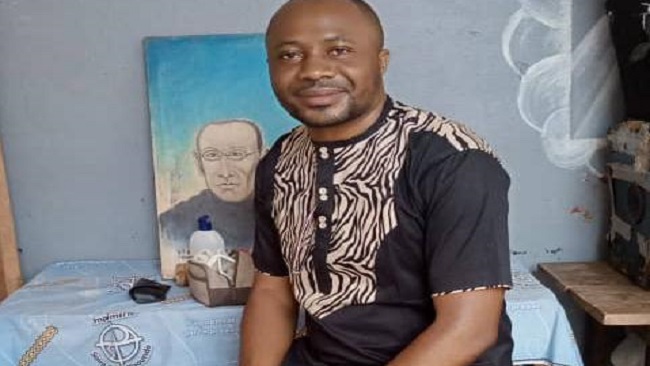 Today, the world is faced with another global menace similar to the Spanish Flu of 1918 which killed almost 50 million people the world over between 1918 and 1919. This is the CoronaVirus or Covid-19 which originated in the Wuhan District of China in December 2019.

In a media briefing on March 11th, 2020, World Health Organization Director General, Dr Tedros A.G said the agency had characterized the Covid-19 as a pandemic. A pandemic, according to Britannica is an outbreak of infectious disease that occurs over a wide geographical area that affects a significant proportion of the world’s population, usually over the course of several months or years.

The new Corona Virus (Covid-19)is affecting 199 countries and territories around the world. It has so far infected more than 721,412 people across the world, killing 33,965 (March 30th, 2020 statistics from cnn.com). The geometrical patterns in the growth of Covid-19 is alarming as it has left so many health experts and scientists confused as to the way forward. It is a collective fight that needs every hand on deck. The number of infected cases and deaths around the world is expected to rise during the first quarter of April 2020 as speculated by health experts in the United Kingdom.

On March 6th, 2020, the Cameroun’s Minister of Public Health, Dr Manaouda, announced the first case of Covid-19 in Yaoundé. The measures taken by the government of Cameroun to contain the virus from spreading further were not stringent enough as the airports were left open for many people from infected Countries abroad to fly in undetected. The numbers of infected cases are now on a steady rise. In a recent tweet on March 29th, 2020, the Public Health Minister made known the number of Covid-19 infected cases in Cameroun; 139 and counting.

The same conditions and fears described by Human Rights Activist Jennifer Gonnerman in the article “Chesa Boudin on His Incarcerated Father and the Threat of the Coronavirus in Prisons” are very visible in the jails in Cameroun where more than 1000 Southern Cameroons Prisoners of Conscience have been held following the Southern Cameroons Conflict where President Paul Biya declared war on November 30th,2017.These prisons which span from Yaoundé, Douala, Buea, Baffoussam, Yoko etc are a breeding ground for the Covid-19 owing to it’s poor sanitation, lack of portable water, scanty or no medical aid,no testing device, prison warders from the outside world who mingle freely with the detainees  and most important of all are the overcrowded nature of the prisons leaving thousands of detainees touching and mingling with each other at very close range.

It’s for these reasons that Human Rights Watch and the United Nations Human Rights Commission have picked on the situation of detainees in Cameroun and the world over respectively. Michelle Bachelet,in a statement at the Geneva UNHRC head office described in a few words the situation that these prisoners of conscience face as the global Covid-19 pandemic surges on.

“In many countries, detention facilities are overcrowded, in some cases dangerously so. People are often held in unhygienic conditions and health services are inadequate or even non-existent. Physical distancing and self-isolation in such conditions are practically impossible”

Prisons and jails are amplifiers of infectious diseases such as COVID-19, because the conditions that can keep diseases from spreading – such as social distancing – are nearly impossible to achieve in correctional facilities. The Yaoundé Central Prison where I’m currently serving a 12 year sentence on trumped up charges and politically motivated reasons fit squarely in this category.

The Prison built in 1968 to host 1000 inmates is home to about 5000 detainees (that’s five times the number) amongst who are more than 200 Southern Cameroons Prisoners of Conscience. This overcrowding influences the appropriation of space and the power structures within the prison, in a context where the prisoners are unevenly divided between the 14 quarters of the Kondengui Maximum Prison. These more than 5000 detainees share less than 20 filthy latrines doted in the various quarters from 1 to 14. In the event of the virus spreading inside the prison, no medical care will be possible and the death rate will be alarming. The prisoners are piled on top of each other; it’s impossible to keep any safe distance. The Yaoundé Central Prison is a volcano ready to explode if just a rumour of one positive case of Covid-19 is left to circulate within the prison walls.

Human rights organizations like the National Commission of Human Rights (NCHR), Centre for Human Rights and Democracy in Africa (CHRDA), The Central African Human Rights Defenders Network (REDHAC) and a host of others who know the situations of these prisons very well should be pressing on for an amnesty to be given to these detainees before one of the detainee is infected with the Covid-19. It is their responsibility to do more before these overcrowded prisons are suddenly transformed into a mortuary.

The government of Cameroun recently took measures to curb the spread of the virus, including shutting down schools, closing borders, banning mass gatherings, and encouraging people to follow hygiene rules but these measures are not stringent enough to combat this global threat.

The Cameroun’s prisons, which are notably overcrowded, keeping social distance, practicing self-isolation, and taking basic measures such as hand washing are just not possible with hundreds of detainees crammed in the same small cell. The Prison administration under the leadership of Hamadou Madi recently took measures such as limiting the number of visitors into the inner court yard of the prison, obliging visitors to put on face masks and disinfecting the entire prison but these measures too are not enough to guarantee the safety of the detainees who still come in contact with the Prison Warders from the outside world on a minute by minute basis. The idea of social distancing or self isolation is farfetched in these prisons especially those in the town of Yaoundé which according to statistics from the Country’s Ministry of Public Health is the most infected town.

This fight against the Covid-19 is the fight of our lives and every hand is needed to stop it before it ravages humanity as we all know. The UN Human Rights Commissioner beckoned on state authorities to examine ways to release those particularly vulnerable to COVID-19, among them older detainees and those who are sick, as well as low-risk offenders because the detention facilities in many countries are severely overcrowded, making detainees and staff particularly vulnerable to catching the deadly new coronavirus. Amid fears that the coronavirus will carve a deadly path through prisons and jails, some countries are heeding to the Michelle Bachelet’s clarion call by releasing thousands of inmates. Ethiopia’s president, last week released over 4,000 prisoners in an effort to prevent overcrowding in prisons and contain the spread of the coronavirus.