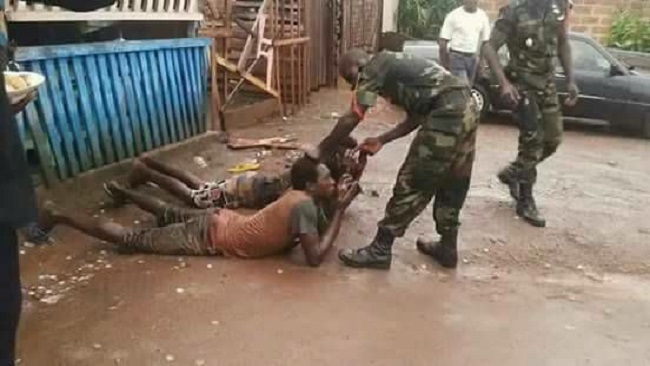 We gathered that one of the soldiers killed was serving with the firefighter’s brigade in Bamenda in the Northern Zone of Southern Cameroons-Ambazonia.

Security sources confirmed that “One of the young soldiers was kidnapped Monday, then tortured, before being executed,” a security source at the Ministry of Defense who requested anonymity hinted Cameroon Concord News. Yesterday, 36 people were briefly kidnapped before being released.