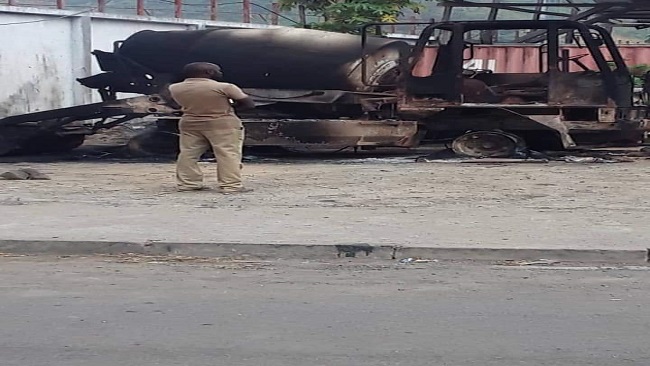 Explosions were reported outside the Limbe Omnisport Stadium on Thursday, just two days before the highly anticipated African Nations Championship starts in Cameroon, in an attack apparently linked to a local separatist group.

Heading into the Chan tournament, Cameroon have faced criticism for using a host stadium in the South-West region against a backdrop of local instability.

Zambia, Tanzania, Guinea and Namibia, who are in Group D, are expected to play at the Omnisport Stadium during the tournament, which is reserved for home-based African players. The first game at the stadium is scheduled to be between Tanzania and Zambia next Tuesday.

Although the attack did not have any fatalities, several cars were destroyed, amidst ongoing concerns about the safety of the region due to separatist tensions.

The reported terrorist act was claimed by ‘Fako Action Forces’, according to local source Journal du Cameroon. The explosion reportedly took place on the ‘perimeter’ of the Limbe Stadium, just one of the venues designated to host Chan matches.

Referencing Radio Equinox, Camer Press Agency reported the explosion was caused by a homemade bomb, with the shadow government from the Ambazonia State in Cameroon having released the following reminder and warning in the days preceding the attack.

Images circulating on social media have also appeared to show evidence of the explosion.

Apart from the Group D games, the quarter-finals and semi-finals of the tournament are expected to be held in the volatile region.

Cameroon’s security department has been battling reported insurgents in the region since 2016. Zambia, Uganda, Cameroon and Niger organised a mini-tournament in the host country between January 1 and 7 ahead of the actual competition.

The three visiting nations set up camps since then and are waiting to start their respective Chan campaigns. Cameroon will start the event by playing Zimbabwe at the capital on January 16.

Apart from the Omnisport Stadium in Limbe, other stadiums that will be used are the Ahmadou Ahidjo Stadium in Yaounde which will host Group A games. Group B fixtures will be played at Japoma Stadium in Douala, while Group C participants will be playing at the Douala Reunification Stadium.