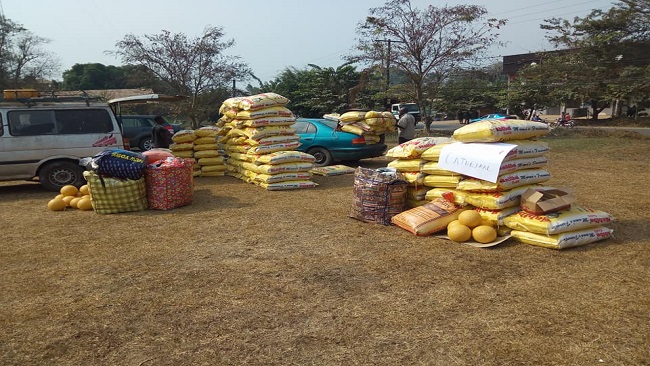 This was part of the resolutions adopted at the meeting held last Saturday, June 16 in Yaoundé grouping all the Chiefs and elites of the region who have all taken up residence in French Cameroun. The meeting was also an opportunity for the leaders to denounce what they describe as “the manipulation of young people through social networks.”

Hate-inducing publications, especially made by the diaspora, push young people towards radicalization, abuse and, above all, endanger their lives by provoking armed confrontations with security forces. ”

The meeting was held under the chairmanship of His Excellency Victor Arrey-Nkongho Mengot, Minister of Special Duties responsible for the Presidency of the Republic and Patron of the Elements of Manyu Cultural and Development Association, MECDA.

In the Communique of the Chiefs and Elites of Manyu the pro Biya comedians stated there was need for:

Reminder of past initiatives undertaken to encourage peace and a return to normalcy in the Manyu locality:

-Make a campaign to educate and raise awareness about the benefits of education and economic activities in the community;

-Create political exchange forums that can attract a large number of participation.

-Municipal meetings with the population of 4 localities,

-Missions of appeasement in the region.

-Condemn killings, kidnap for ransom and destruction of public and private properties in the region

-Fight against the nascent culture of hate speech that puts young people in total discord.

Notes with satisfaction that eventhough school operations continued to be disrupted in some parts of the region, the effective attendance of GCE 2018 exam candidates has reached the laudable rate of 94%

-Send an olive branch to our youth who took up arms and urged them to drop the weapons and return to their respective communities.

-Invite our youth to contribute to the creation of a favorable environment for the construction of Mamfe-Akwaya and Bakebe-Menji-Dschang Roads.

– Call to the Head of State, President Paul Biya, to consider convening a major dialogue to discuss urgent issues of national interest.

– Appeal to the Head of State, President Paul Biya, in promoting the spirit of national reconciliation, show clemency towards the prisoners arrested during this Anglophone Crisis.

– Call to the Head of State, President Paul Biya, to plan the implementation of an urgent plan for rebuilding the villages and other infrastructures destroyed during the Anglophone Crisis.

Appeals to the Head of State, President Paul Biya, to consider the urgent creation of a special rehabilitation and a reintegration fund to assist the return of displaced persons from their respective communities and to facilitate the resumption of their normal lives through agricultural and economic activities.

To reaffirm our unwavering support to the Head of State President Paul Biya and the Republican Institutions he embodies.