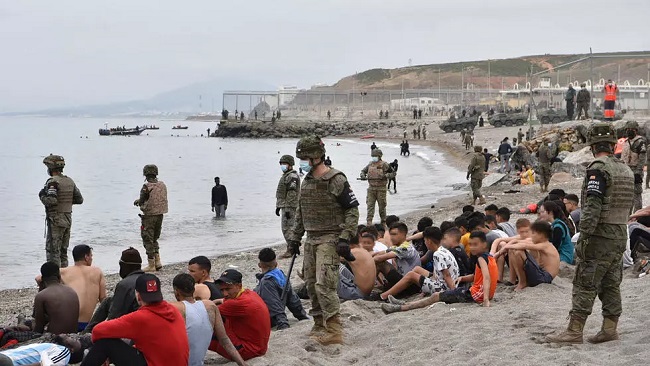 Spain sends more than 6,500 migrants back to Morocco 0

More than 6,500 migrants out of the approximately 8,000 who had entered Spain’s North African enclave of Ceuta earlier this week have been sent back to Morocco, Spanish Interior Minister  Fernando Grande-Marlaska said on Friday.

Marlaska told the Radio COPE the situation was now “normal” compared with the previous days, and hoped that the recent diplomatic spat with Morocco “will be as short as possible”.

Morocco had appeared to loosen its border controls with Ceuta on Monday as thousands of migrants poured into the enclave, a move widely interpreted as retaliation for Spain’s hosting of Western Sahara independence leader Brahim Ghali.  Ghali has been in a Spanish hospital since last month.

“It is inconceivable that a humanitarian gesture triggers a situation like the crisis in Ceuta,” said the minister.