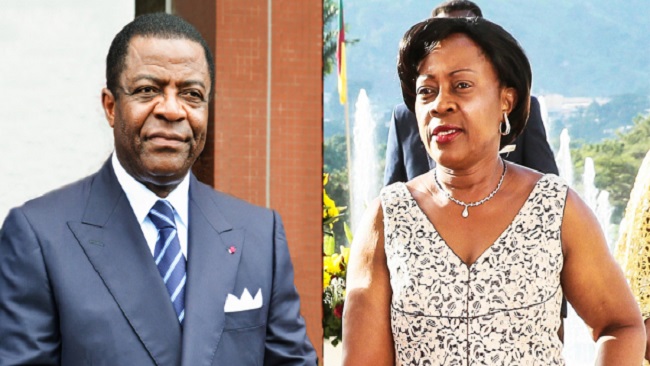 According to prosecutors at the Special Criminal Court in Yaoundé, the former Minister of Defense Edgard Alain Mebe Ngo’o is one of the richest men in Cameroon.

A Special Criminal Court investigation revealed that Edgard Alain Mebe Ngo’o and his wife Bernadette own 53 buildings, 39 vehicles and a business empire.

They also have 24 bank accounts harbouring the sum of 781,200 Euros in France and three bureau de change trading on American and Canadian dollars and in Belgium specialize in Congolese francs. The couple’s bank accounts are both in France and in Cameroon.

The former President Biya acolyte has an impressive fleet of cars. At the end of the investigation, the list of Mebe Ngo’o’s assets updated on 10 May included 39 luxury vehicles.

The couple became rich during the meteoric rise of the former minister who held several high positions in the Cameroonian administration.

Placed on a pre-trial detention at the Maximum Security Prison in Kondengui on March 8, 2019, the former member of government and his wife are prosecuted under Operation Sparrowhawk, for alleged misappropriation of public funds, violation of the code of public procurement, illegal financial transactions, bribery and aggravated money laundering

Edgard Alain Mebe Ngo’o is accused of having taken bribes during the purchase of military equipment and for which he reportedly inflated the price to the detriment of the public treasury.

According to the prosecution, the damage resulting from the overcharged contracts at the Ministry of Defense is 25 billion 529 million 473 thousand 265 FCFA.

The Ministry of Finance estimates the losses resulting from the said fictitious contracts for the acquisition of military equipment at 2 billion 650 million 777 thousand 479 FCFA.

The responsibility of Edgard Alain Mebe Ngo’o was to ensure that the military equipment ordered was actually delivered before payment was made and that the pricing was effectively discussed by military experts.

At the opening of the proceedings on 28 September 2020, the accused pleaded not guilty. The hearing on 10 May was suspended and postponed to 25 May 2021.

Cameroon Concord News understands on the 23 and 24 June the proceedings will continue.