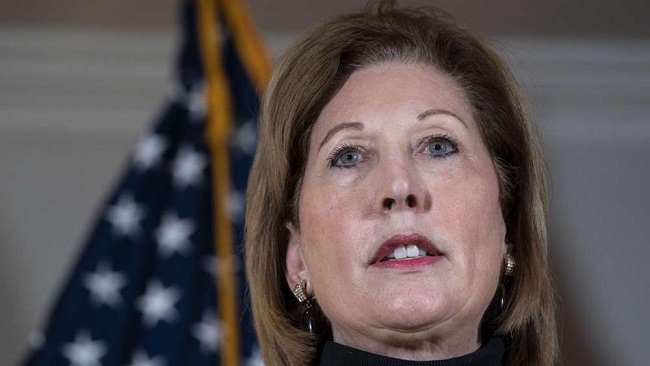 The campaign of US President Donald Trump has distanced itself from Sidney Powell, after the lawyer was widely ridiculed for alleging baseless conspiracy theories related to the disputed November 3 election.

Trump, who has not conceded defeat after the media declared his rival Joe Biden the winner of the election, had tweeted on November 14 that Powell would be a member of his legal team, alongside his personal attorney Rudy Giuliani and campaign legal adviser Jenna Ellis.

However, in a statement on Sunday, Giuliani and Ellis said, “Sidney Powell is practicing law on her own,” adding, “She is not a member of the Trump Legal Team. She is also not a lawyer for the President in his personal capacity.”

In an interview with Newsmax, Powell said that Dominion Voting Systems “has a long history of rigging elections” and that this is “what it was created to do to begin with.”

The statement comes just days after an extraordinary 90-minute press conference at the Republican National Committee in Washington, during which legal team members argued that a broad “national conspiracy” to deny Trump reelection was underway.

The team has mounted multiple legal challenges to reverse the results in several key states. However, the efforts have so far met with little success in the courtroom or on the ground.

Powell said that Trump had beaten Biden in a landslide, despite the fact that Biden won the state-by-state Electoral College votes, which decide who takes the White House, by 306 to 232.

Biden is also set to win the popular vote by more than six million votes.