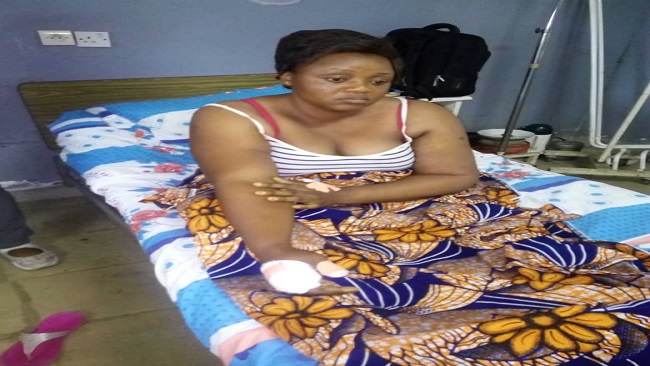 The Attack on the Cameroon Development Corporation 0

Armed groups in Cameroon’s restive English speaking regions have been attacking and chopping off fingers of workers of the country’s second largest employer, the Cameroon Development Corporation (CDC), in what has been described as renewed efforts to destabilize the central African state ahead of the Tuesday inauguration of President-elect Paul Biya, who has been in power for 36 years.

Four men and two women were rushed to a government hospital Saturday in the English speaking southwestern town of Tiko. Nurse on duty Stephanie Ako said she is waiting for directives on what should be done.

‘What we have to do now is to clean their wounds and stop blood from oozing out while waiting for doctors and laboratory technicians. They are the ones to decide if the fingers have to be amputated or not, but their lives are not in danger even though some of them have completely fractured phalanges, metacarpal and carpal bones,” she said.

“The people arrived when we were packing our bags and farm tools to leave. One of them shouted, how many times have we asked you not to work here again. Then one of them ordered us to put our hands on tree trunks and they started cutting. Some of our colleagues who wanted to escape were shot,” he said.

Ongene said they were accused of defying instructions from the separatists not to go to work on the farms to protest President Biya’s reelection and his expected inauguration on November 6.

The CDC runs banana, palm oil, and rubber plantations in Cameroon’s troubled southwest and northwest regions. In August the agro-industry said that more than 6,000 of its 20,000 workers had fled sporadic attacks, killings and kidnappings from armed separatists seeking an independent English-speaking state. 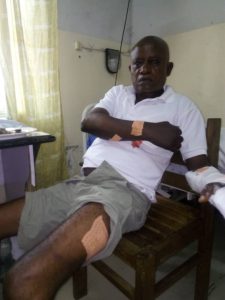 He said the military has been deployed to stop the terrorists from attacking workers as part of their strategy to create tension and destroy the regions two main agro-industries, the Cameroon Development Corporation and the Palm Oil Plantations Company. He said besides inflicting wounds and suffering, some workers have been killed, others kidnapped and held hostage and some plantations have been completely destroyed.

Separatist groups had vowed on social media to make the English speaking regions of Cameroon ungovernable. They consider the state-run CDC a legitimate target.

Conflict began in the English-speaking regions of Cameroon in 2016 when teachers and lawyers complained of discrimination from the French-speaking majority in education and the justice system. The government responded with a crackdown and separatists fought back.