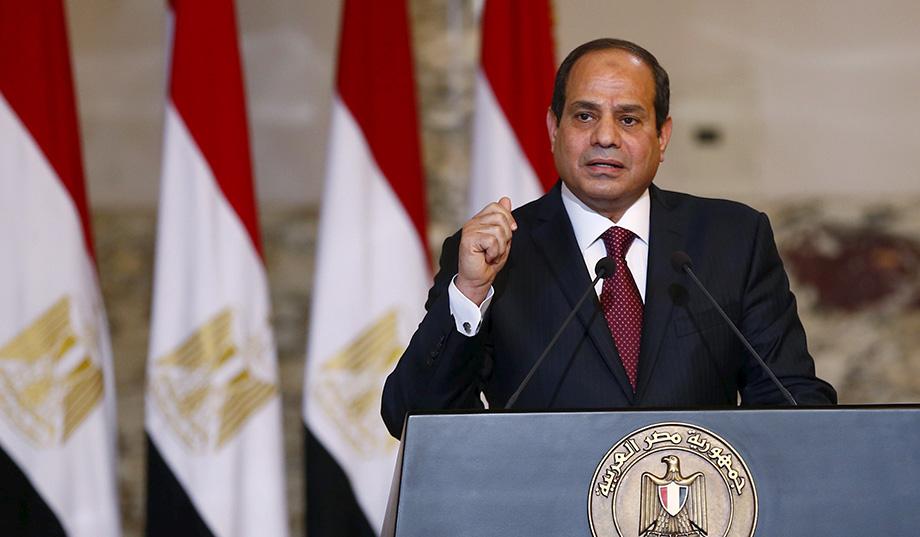 Inner City Press has asked UNSG Antonio Guterres and his spokesman Stephane Dujarric and others, “May 22-5: On Cameroon, what is the SG’s comment if any and action if any at all on for example that Paul Biya’s forces reportedly shot dead 4 month old Martha in Muyuka on 20th May?”

Now Egypt, whose strongman Sisi pals around with UNSG Guterres who has handed investigative Inner City Press‘ long time work space in the UN to a Sisi state media Akhbar al Youm whose retired correspondent Saana Youssef has not asked a question in years is lavishing praise for its business with Paul Biya’s Cameroun: in Cairo, “Cameroon Ambassador in Cairo Mohamadou Labarang commended the strenuous efforts exerted by Egyptian President Abdel Fattah El Sisi to realize development in Africa.

The diplomat made the remarks late Monday during a ceremony held at the embassy on the Cameroon national day.   Labarang lauded the efforts exerted by Egypt under Sisi – the current chair of the African Union – to unite the continent and carry out development projects.   Thanks to Sisi, the African free trade agreement will go into effect by the end of May, he said.   He noted that the Egypt-Cameroon ties are excellent at the political level, voicing hope that the two sides would further cooperation in the economic score in the coming period.

Meanwhile, Egypt’s Deputy Assistant Foreign Minister for African Affairs Maher el Adawi underlined the depth of ties between Egypt and African countries.   He noted that Sisi ordered all state bodies to further ties with African countries, referring to Sisi’s visits to African states.   He added that Sisi will embark on a tour in eastern and southern African states within the coming few days.” The blathering about business with Biya is just blood money. Inside the UN, Guterres’ Global Censor Alison Smale, now leaving in August, controls a propaganda channel called UN News and a sycophantic press corpse including Sisi’s retiree while mantaining her ghoulish no due process ban on Inner City Press, now in its 322st day.