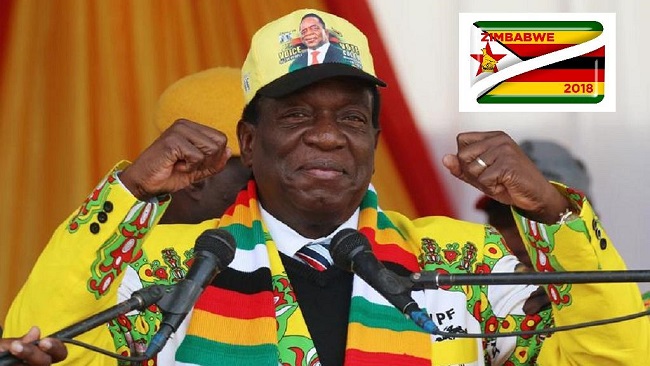 Incumbent president Emmerson Mnangagwa has been announced as winner of Zimbabwe’s July 30 presidential elections. The septuagenarian polled 50.8% of votes as against 44.3% by his closest challenger Nelson Chamisa.

With one Province left to be declared to have a final figure on the presidential race there is clearly a very close contest between the two front runners – President Emmerson Mnangagwa and Nelson Chamisa, the main opposition leader.

The Mugabe factor: incidentally, Mashonaland West the outstanding province has a Mugabe factor – it is the former leader’s ancestral home. Could that play a factor in how this race ends?

So far, presidential results from 9 out of 10 provinces have been announced. Only 1 province outstanding. ZEC to announce Mashonaland West Province in an hour. The president will be declared later tonight.

Zimbabwe elections chief, Priscilla Chigumba is set to release final results for the 2018 harmonized elections. She took the seat to announce the presidential polls but before the national anthem was sang.

Chigumba then asked all commissioners to make announcements that were outstanding before. A number of them took turns to announce National Assembly and local-level polls. The chairperson herself announced the list of chiefs elected as senators.

Announcements shall span across the ten provinces of the country. She notes that one region is outstanding. She starts with Harare Metropolitan Province where she is the officer in charge.

Mnangagwa run on the ticket of the Zanu-PF party and is now entitled to serve a constitutional term of five years with the option to seek re-election, if he wins.

The MDC Alliance led by 40-year-old lawyer Nelson Chamisa had severally insisted that it had won the presidential polls but that ZEC was holding on to the results because of a rigging agenda backed by government.

Opposition protests broke out on Wednesday afternoon after police failed to control protesters leading to an army intervention. Three people were reported to have died same day even though the figure has been revised to six as at Thursday.

The elections dubbed ‘harmonized elections’ were to elect the first post-Mugabe president, a new legislature and concillors. Zanu PF got an overwhelming parliamentary majority sweeping over 160 of the available 210 seats.

The use of violence by the army has roundly been condemned by observer groups and by international partners. Some western countries issued travel advisories for their citizens especially in the capital, Harare.