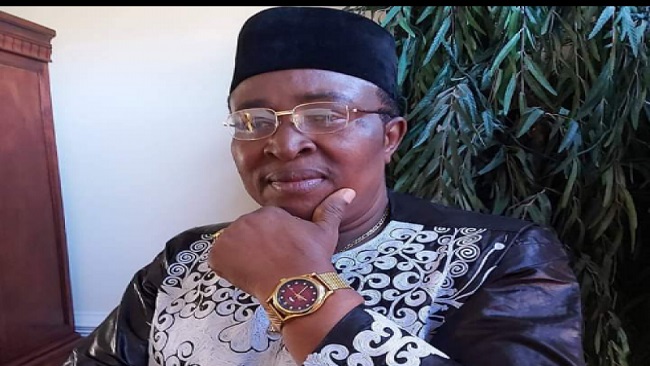 The Star Newspaper Publisher Paul Nkemayang is dead.  Cameroon Concord News gathered that Nkemayang died Thursday afternoon after a brief illness. He had a stint with the Cameroon Life Magazine before he founded the Star Group.

The late Vice President of the Commonwealth Journalists Association, CJA, for Africa died at the Presbyterian Health Centre in Down Beach Limbe according to a family member.

Yaoundé is yet to commiserate with the Southern Cameroons media industry, particularly the Cameroon Association of English Speaking Journalists over his passing on Thursday. Mr Paul Biya and Hon. Peter Esoka of the National Communication Council have instead send condolences to the Fotso Victor family.

The Chairman and Editor-In-Chief of the Cameroon Concord News Group, the Right Hon. Soter Tarh Agbaw-Ebai described Paul Nkemayang’s death as a collective loss to the media and the people of West Cameroon that he served passionately with his talent.  Agbaw-Ebai added that the passing of Nkemayang is devastating and a great loss not only to his immediate family but also to the journalism profession in Southern Cameroons.

Born on March 8, 1959, Foanyi Nkemayang Paul studied journalism in the Federal Republic of Nigeria and founded The Star Group in January 1991. He was made Knight of the National Order of Valour and he was crowned Osari Maribu in Manyu by Biya acolytes represented by Chief Tabetando at a time when Cameroon government army soldiers were carrying out a genocidal campaign in his native Lebialem County.

Paul Nkemayang is survived by his wife, and four children.