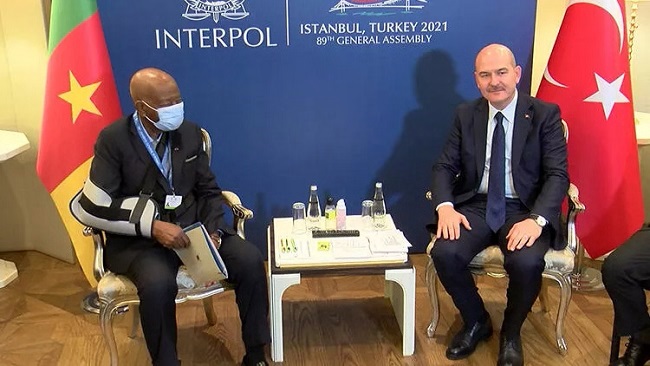 Turkey is about to ratify an 8-year-old security agreement with Cameroon allowing joint operations against dissidents.

Turkish President Recep Tayyip Erdoğan sent a security agreement signed with the Biya regime in 2014 to parliament on February 13, 2022, starting the approval process. The agreement, which includes extensive cooperation against terrorism, joint police operations and intelligence sharing, brings the possibility of new abductions or illegal deportations of Turkish citizens to the agenda since the Erdoğan government continuously calls political opponents “terrorists.”

Turkish intelligence had previously abducted a significant number of Erdoğan opponents in violation of international law as part of a witch-hunt that was launched following an abortive coup in 2016.

Similar to previous security accords, the text of the agreement, obtained by Nordic Monitor, contains ambiguous phrases that could be used by the Turkish government to suppress opponents living in exile and critics outside the country.