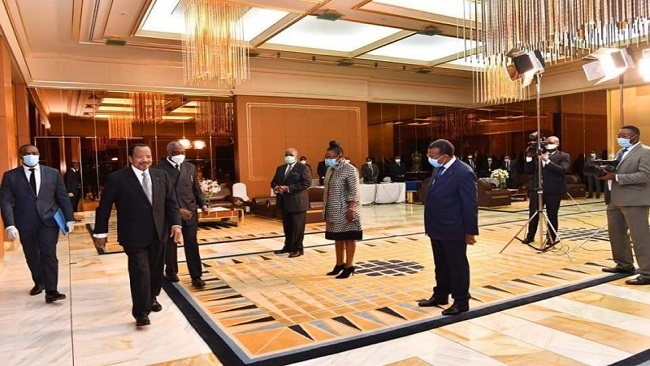 The International Monetary Fund (IMF) initially pledged to use its US$1 trillion lending capacity to help countries cope with the most serious health and economic crisis in recent history. It has approved only 10 per cent of this amount, in part due to technical restrictions as well as many countries’ mounting debt. Recent developments in the G20 and G7 are likely to help boost countries’ reserves, and the G7 has specifically pledged to “work with the IMF to make progress on enhancing transparency and accountability.”

Moreover, the US$100 billion the IMF has spent thus far has disproportionately targeted just a few countries. According to Transparency International’s analysis, 80 per cent went to 10 countries, including Cameroon, Egypt and Nigeria, as of 23 July 2020, at which point the majority of these loan agreements had already been approved.

Transparency International and Human Rights Watch have assessed the effectiveness of the IMF’s approach during the pandemic by analysing how well – Cameroon carried through on the measures included in the loan agreement. Between January and March 2021, Transparency International and Human Rights Watch analysed documents published by the Biya Francophone regime, as well as loan agreements and other documents published by the IMF.

An in-depth analysis of Cameroon found mixed results in meeting the IMF’s transparency commitments. There remained inconsistencies in the types of measures to which the corrupt regime in Yaoundé committed its implementation, and the role of the IMF in ensuring compliance. The transparency commitments in the emergency loans spurred the Biya government to produce information about its spending and contracts that it would have otherwise not published. However, the amount, accessibility, and quality of the disclosed information varied widely and was inadequate for meaningful oversight for La Republique du Cameroun.

Our review identified several factors that weakened the effective implementation of commitments:

Transparency commitments lack adequate specificity. As a result, the types of information the Biya regime disclosed, the time period covered, and the level of detail varied widely- typical of the ruling CPDM crime syndicate!

Relevant information is hidden, hard to find and inaccessible. To be accurate, finding published information was difficult. For example, the CPDM fraudsters published a list of companies that were awarded government contracts and some beneficial ownership information, but the only link to the document accessible online is on page 47 of an IMF report, not on any government site.

Beneficial ownership information is inadequate. In almost all cases, there was not sufficient identifying information about beneficial owners to ensure that people were not illicitly profiting from government contracts in Yaoundé. Moreover, the consortium of crime syndicates in Yaoundé did not specify how they would provide the information they committed to disclose.

The specific measures the IMF required were completely absent.  Cameroon only followed through on its initial commitment because the IMF made approval of a second loan request dependent on Yaoundé doing so.

The IMF’s call to the Biya administration during the pandemic to ‘spend as much as you can but keep the receipts’ showed concern for corruption risks. But this approach will only be effective in addressing rights issues if it ensures that those ‘receipts’ are publicly accessible, comprehensive and credible.

As part of the May loan, the Cameroonian government pledged to use the funds transparently, and committed to issuing semi-annual reports on COVID-19 spending; commission an independent audit; and publish “documents related to results of public procurement and [beneficial ownership information] of companies awarded contracts.”

From the beginning, virtually no public information was provided regarding the government’s COVID-19 spending. Healthcare centres made urgent appeals for support from an emergency health fund into which they have been paying 10 percent of their revenues since 1993, according to medical staff whom Human Rights Watch interviewed from various regions in April and May, but they said they had received no support. The government does not publish any information about the fund and did not respond to a Human Rights Watch letter regarding it. The president established a second solidarity fund and appealed to private companies and citizens to contribute, but that fund was also not transparent.

In interviews with Human Rights Watch, medical staff reported shortages in basic hospital goods, including thermometers, disinfectants, and medicines, as well as ventilators and oxygen, and protective gear for doctors and nurses, such as masks, gloves, and glasses. One doctor said his hospital only received 12 masks, 20 boxes of gloves and four full body gowns for its 50 employees until his district’s 10 medical facilities finally received a combined total of 10 million CFA (US$17,000) in August.

People who lost jobs or wages due to the pandemic told Human Rights Watch that they received little or nothing to stave off hunger. One woman, who works as a secretary at a hotel in Douala and now earns one-third her usual salary reported in December that she was having trouble paying for her children’s food, school fees, and other costs, stating, “The state hasn’t helped us.” Another woman, an events manager at a hotel whose salary was cut, said she had to ask her brother to take care of her two children because she could no longer afford to do so. Both women worked at hotels that the government had requisitioned between March and May to house people who may have been exposed to COVID-19.

Based on over a dozen interviews Human Rights Watch conducted, the hotels received only very partial or no compensation for their costs, adding financial strain at a time when the industry was already struggling with pandemic-related restrictions leading to layoffs and steep wage cuts. The government has not published any information regarding its contracts with or reimbursements to such hotels.

After public pressure, the Health Ministry, citing the “urgency of transparency”, published a two-page statement on July 29 about how it spent about 22 billion FCA (US$40 million), which it said was its total expenditure to respond to COVID-19 in the preceding five months. It included only vague categories that provide no real possibility for the public to verify. In its letter, the IMF said that the Ministry of Finance is preparing a report on its COVID-19 spending, which it expects the government will share “in the near term.”

In practice, however, the government never uploaded this information into a central database. Instead, it produced a list of the names of companies awarded contracts, beneficial owners, and the contract amount, but there are no links to that document on any government website. The only link appears to be on page 47 of an IMF loan agreement. In addition, for nearly all companies, only one beneficial owner is listed, making it highly unlikely that the information is complete.

The government has not published the contracts themselves, and the IMF revised – it says “clarified” – the terms of the November loan agreement to no longer require the government to do so. With regard to the commitment to conduct an independent audit, the state agency, Contrôle supérieur de l’État du Cameroun (CONSUPE), has reportedly begun an audit and the finance minister has called for tenders for an independent audit.