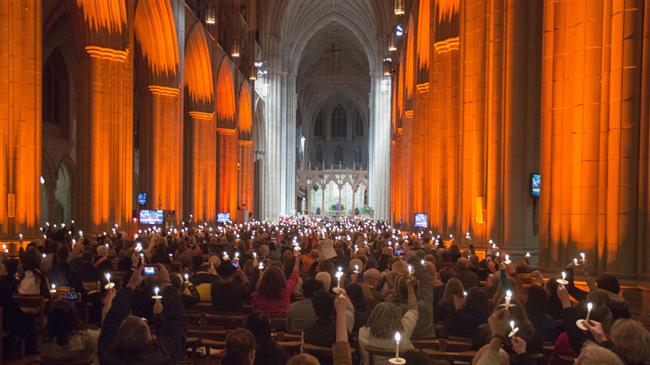 Hundreds of thousands of protesters are getting ready for a massive anti-gun rally in Washington, as calls grow for tighter gun control measures following a wave of mass shootings in the United States.

The “March for Our Lives” event, set to take place on Saturday, has been organized by survivors of the Marjory Stoneman Douglas High School massacre in Parkland, Florida.

Fourteen students and three educators were slain and 15 other people were wounded in the February 14 shooting rampage, the most deadly school shooting since the 2012 Sandy Hook massacre, sparking renewed debate about gun control in the US.

“No special interest group, no political agenda is more critical than timely passage of legislation to effectively address the gun violence issues that are rampant in our country,” rally organizers said in a statement.

“It’s an issue of life and death,” Alex Wind, a student who survived the Florida massacre, told CNN. “Everyone has their own idea of how this needs to change, but I think we all agree that this needs to change. The mass shooting epidemic we have in this country is terrible.”

The event is expected to draw hundreds of thousands of students to DC and local marches nationwide to call for gun control and school safety measures in response to mass school shootings.

Event organizers said that similar demonstrations were being held across the country and abroad, with up to 800 events scheduled worldwide. Many celebrities have donated funds to the organization which was established in the wake of the Florida mass shooting.

The 19-year-old shooter, identified as Nikolas Cruz, fired some 100 shots by his AR-15 rifle. Prosecutors in Florida are seeking the death penalty for Cruz, though lawyers representing the shooter have said he will plead guilty if the death penalty is not pursued.

Earlier this month, the Florida state legislature passed new laws raising the minimum age for purchasing an assault-style weapon to 21.

Trump was endorsed by the National Rifle Association (NRA) in his 2016 presidential election campaign. The president and his fellow Republicans in Congress strongly support Americans’ constitutional right to own guns.