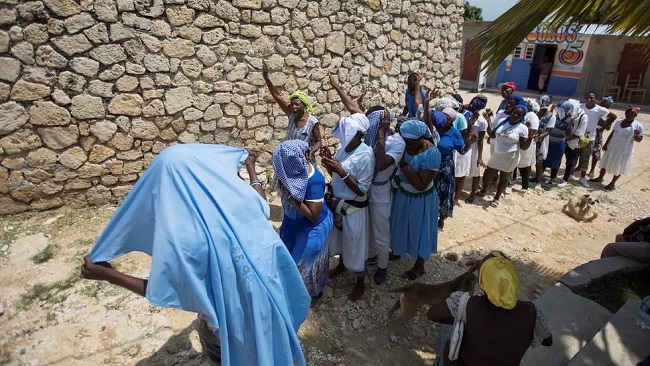 Three of seven Catholic clergy who were kidnapped in Haiti earlier this month have been released, a Church spokesman told AFP on Thursday, as the island nation grapples with a rise in violence and ongoing political crisis.

A total of 10 people were abducted in Croix-des-Bouquets, a town northeast of the capital Port-au-Prince, in mid-April, including the seven clergy—five of them Haitian, as well as two French citizens, a priest and a nun.

Father Loudger Mazile, spokesman for the Bishop’s Conference for the island nation, said “the French were not released. There were no lay people among those released.”

“Three of the seven clergy kidnapped on April 11 were released,” he told AFP.

Haiti, the poorest country in the Americas, is plagued by insecurity and natural disaster.

Kidnappings for ransom have surged in recent months in Port-au-Prince and other provinces, reflecting the growing influence of armed gangs in the Caribbean nation.

Haiti’s government resigned and a new prime minister was appointed in the wake of the clergy kidnappings, a move President Jovenel Moise said “will make it possible to address the glaring problem of insecurity and continue discussions with a view to reaching the consensus necessary for the political and institutional stability of our country.”

The kidnapped victims were “on their way to the installation of a new parish priest” when they were abducted, Mazile had previously told AFP, with the kidnappers demanding a $1 million ransom for the group.

Authorities suspect an armed gang called “400 Mawozo”—which is active in kidnappings—is behind the abduction, according to a police source.