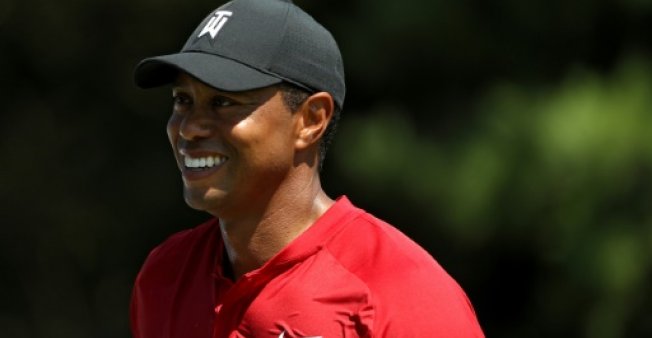 Former world number one Woods had already been assured of a trip to Paris for the September 28-30 showdown with Europe after being named as one of Furyk’s non-playing vice-captains.

However Woods’ form since his return to golf this year prompted Furyk to award him one of the four captain’s picks set aside for players who did not qualify automatically for the team.

Mickelson and DeChambeau filled the other two captain’s picks announced by Furyk on Tuesday.

The US captain will announce his final place on the defending champions’ team next week, with Tony Finau regarded as the front-runner for the position.

There had been little suspense surrounding Furyk’s announcement on Tuesday.

Woods, 42, will be playing in his eighth Ryder Cup and makes his first appearance since the 2012 event.

The 14-time major champion signalled his return to form last month with an electrifying second-place finish at the PGA Championship.

Mickelson meanwhile was regarded as a likely pick for what will be his 12th Ryder Cup appearance.

The 48-year-old reminded Furyk of his quality with a dazzling eight-under-par 63 in the final round of the Dell Technologies Championship on Monday.

DeChambeau, 24, had virtually guaranteed himself one of the captain’s picks after storming to victory in the opening two legs of the PGA Tour’s FedEx Cup playoff series, winning the Northern Trust and Dell Technologies Championship.

The United States will be chasing their first Ryder Cup victory on European soil in 25 years when they face Europe at Le Golf National in Saint-Quentin-en-Yvelines outside Paris.