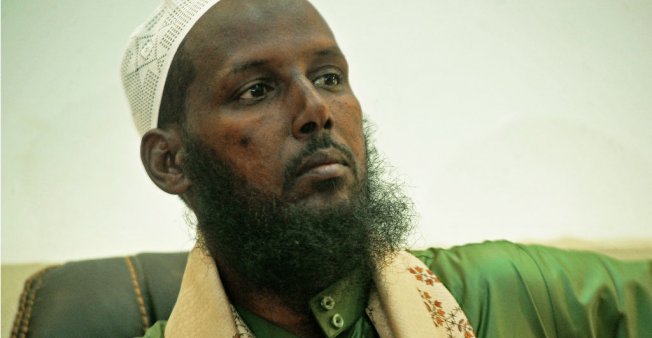 When al Shabaab’s deputy leader Mukhtar Robow defected from the jihadist group, it was hailed as a major step for peace hopes in Somalia. But now that he’s running for a December 5 regional election, some think it’s a step too far.

At a crowded meeting hall in the southern Somali city of Baidoa last month, Mukhtar Robow faced a gathering of local politicians and reporters squeezed into the room as a crowd of supporters and curious onlookers gathered outside the premises.

Robow, also known as Abu Mansour, is no stranger to the media spotlight. As one of the founding members of al Shabaab — the al Qaeda-linked Somali terrorist group — Robow once served as the jihadist group’s deputy leader and spokesman.

For many years, he was the public face of the organisation, appearing in al Shabaab propaganda videos, granting interviews to local journalists and addressing press conferences in the Somali wilds. As an al Shabaab military commander with battlefield experience and training in Afghanistan, Robow was considered a dangerous man. The US slapped a $5 million bounty on his head and the Treasury Department imposed sanctions on him as a “specially designated global terrorist”.

That was before he fell out with al Shabaab’s leader, Ahmed Abdi Godane, in a power struggle. In 2013, he quit the jihadist group, publicly denounced al Shabaab, and retreated to his village in southwestern Somalia, where he was protected by his militiamen and the community.

Four years later, Robow was back in the news when he surrendered to Somali forces in August 2017 in what was widely hailed as a historic defection.

A year later, Robow was pushing the envelope again.

At the October gathering in a Baidoa hotel, the charismatic former Shabaab leader officially declared he was running for regional elections originally set for November 17 and later postponed to December 5.