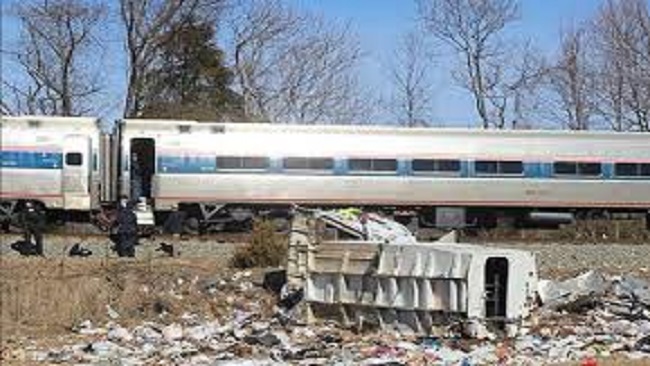 A train carrying dozens of GOP lawmakers to a Republican retreat has struck a truck in West Virginia, leaving one person dead.

The accident happened at about 11:15 am local time on Wednesday in the city of Crozet, according to Amtrak, the passenger railroad service carrying the lawmakers from both chambers of Congress.

The lawmakers were en route to the state of West Virginia for a three-day retreat featuring appearances by US President Donald Trump and Vice President Mike Pence.

“There is one confirmed fatality and one serious injury. There are no serious injuries among members of Congress or their staff,” White House press secretary Sarah Sanders said in a statement.

The front half of the truck was crushed in the accident.

“We’re fine, but our train hit a garbage truck. Members with medical training are assisting the drivers of the truck,” Greg Walden, a member of the US House of Representatives, wrote on Twitter.

The National Transportation Safety Board said it was sending a group of specialists to the scene of the accident.