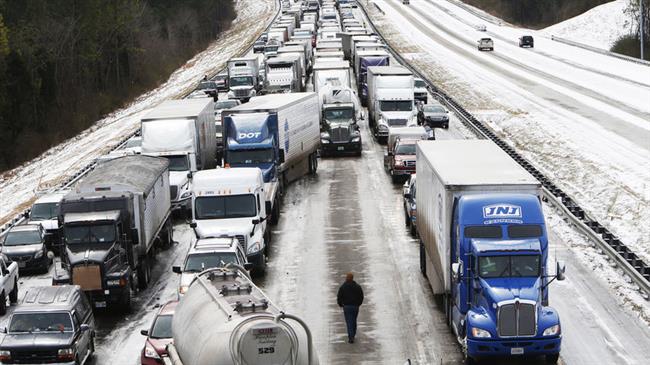 Trump administration to propose $1.5 trillion for crumbling US infrastructure 0

The Trump administration will finally unveil his long-awaited infrastructure plan via a $1.5 trillion proposal intended to fulfill the president’s campaign promises, but relies heavily on state and local governments to generate much of the funding.

Trump’s plan is to use $200 billion in federal money to leverage local and state tax dollars to fix America’s infrastructure. State and local governments, are expected to match any federal allocation by at least a four-to-one ratio. States have gradually assumed more of the responsibility for funding infrastructure in recent years, and the White House says it wants to accelerate that trend.

“Every federal dollar should be leveraged by partnering with state and local governments and where appropriate tapping into private sector investment to permanently fix the infrastructure deficit,” Trump said at his State of the Union address last month.

The president has repeatedly blamed the “crumbling” state of the nation’s roads and highways for preventing the American economy from reaching its full potential.

The plan is structured around four goals: to generate $1.5 trillion for an infrastructure proposal, to streamline the current long and arduous permitting process down to a shorter and efficient one, to invest in rural infrastructure projects and to advance workforce training.

“We are underinvesting in our infrastructure and we have a permitting process that takes so long that even when funds are adequate, it can take a decade to build critical infrastructure.”

To shorten that process, the administration will use a “one agency one decision” method, one of the officials said Saturday. That procedure would place the agency with the relevant “expertise” needed in charge of the permitting.

“A large part of the problem currently is that the federal government’s rules and restrictions get in the way of building a better America,” one of the officials said. “So we want to get out of the way to that regard.”

Potential opposition to the plan

Trump is scheduled to host both Democratic and Republican leaders at the White House on Wednesday to discuss the infrastructure proposal. The plan will probably face opposition from Congressional Democrats, who have long pressed the federal government’s historic and direct role in rebuilding. House Democrats last week released their own infrastructure plan that boasted a $1 trillion direct government spend on an overhaul.

Over the past year, Democrats have also accused Trump of seeking to create the $200 billion infrastructure fund by proposing cuts to other infrastructure-related programs.

Environmental groups are also expected to voice their opposition to the plan.

“It fails to offer the investment needed to bring our country into the 21st century. Even worse, his plan includes an unacceptable corporate giveaway by truncating environmental reviews,” she said.