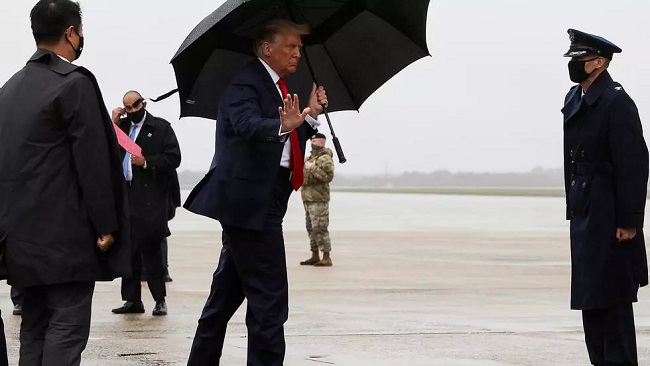 Trump return to White House would be ‘disaster’ 0

A former senior US Department of Homeland Security official has warned former Republican President Donald Trump’s possible return to the White House would result in “disaster” for the American intelligence community.

“I think it would be a disaster,” Brian Murphy said of Trump’s possible 2024 presidential campaign in an interview on Sunday.

“He puts out disinformation and that’s an existential threat to democracy, and he is one of the best at putting it out and hurting this country,” Murphy said.

He added that such disinformation “polarizes us.”

“Political polarization in this country is at the worst it’s ever been,” Murphy said.

He then went on to say that disinformation and polarization are considered leading threats to the US intelligence community, which is a coalition of 17 agencies and organizations, including the ODNI, and CIA.

This comes despite the fact that Pulitzer Prize winner American investigative journalist Glenn Greenwald has revealed in a recent article that an axis of the CIA, Big Tech and the DNC-allied wing of the corporate media spread an absolute lie in the weeks before the 2020 presidential election.

“Numerous examples of brute and dangerous censorship have emerged: the destruction by Big Tech monopolies of Parler at the behest of Democratic politicians at the time that it was the most-downloaded app in the country; the banning of the sitting president from social media; and the increasingly explicit threats from elected officials in the majority party of legal and regulatory reprisals in the event that tech platforms do not censor more in accordance with their demands,” Greenwald wrote.

“But the most severe episode of all was the joint campaign — in the weeks before the 2020 election — by the CIA, Big Tech, the liberal wing of the corporate media and the Democratic Party to censor and suppress a series of major reports about then-presidential frontrunner Joe Biden,” he added.

Meanwhile, Trump has said that only a doctor’s call could prevent him from participating in the 2024 presidential race.

In an interview on Friday, the 75-year-old businessman said that only “a bad call from a doctor or something” could stop him from running.

“Things happen, through God, they happen,” he said. “But I feel so good.”

Trump has alleged that the 2020 election was “the greatest Election Hoax in history.”

Trump believes that the election was rigged by the Washington establishment in favor of Joe Biden, the current US president.