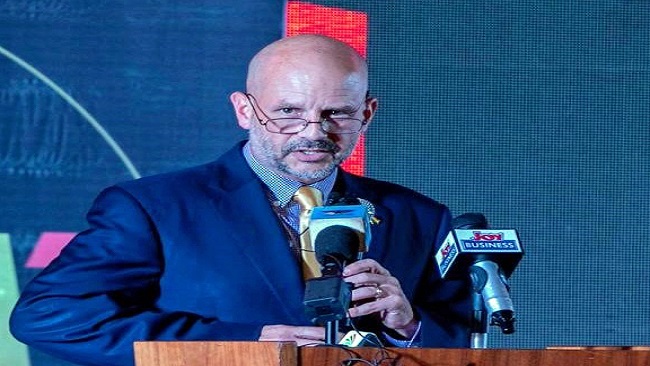 The U.S. Senate confirmed Christopher John Lamora’s appointment on Saturday. His was one of dozens of Democratic president Joe Biden’s ambassador nominations that had been stalled since last spring by powerful dissident Republican senator Ted Cruz, who wants the United States to apply increased pressure against the opening of a natural gas pipeline from Russia to Germany.

More than three dozen ambassador nominations were approved Saturday, including ambassadors to Japan, the European Union, Ireland, Spain, Vietnam, Somalia and Bahrain. That action came after a vote on Cruz’s pipeline bill was scheduled for next month.

Despite her words, Cameroon remains intolerant of LGBTQ people. By law, homosexual activity is punishable by up to five years in prison. Shakiro, an online trans celebrity, and her partner were sentenced to five years in May.  With Nkom’s help, they were released in July, pending an appeal.

“In 2015, the Pope refused a gay ambassador to the Vatican. Shouldn’t the Cameroonian state refuse the accreditation of the gay ambassador that Joe Biden is sending us? As a reminder, homosexuality is a crime according to Cameroonian law, the divine natural law,” Bakaba stated.

Lamora, who openly acknowledges his sexual orientation, appeared before a Senate committee in June and thanked his husband, Eric, for supporting him.

He described himself at a 2019 Gay Pride event in Ghana as “a proud member of the worldwide LGBT community.”