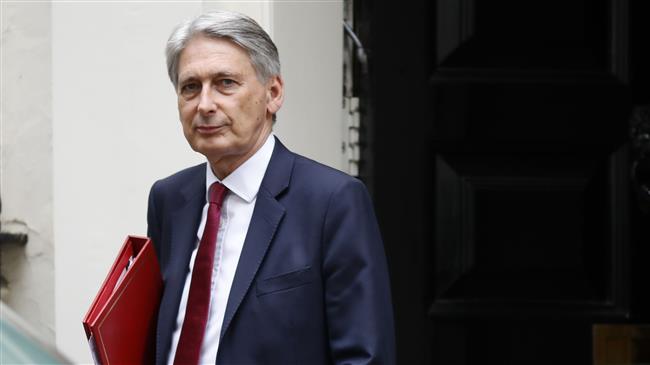 The UK’s Chancellor of the Exchequer, Philip Hammond, has been accused by critics of pouring cold water on the government’s Brexit strategy, after he suggested the UK economy was likely to take a significant hit if the UK was forced into a hard Brexit in the event of a no-deal scenario.

The comments by Hammond came just hours after a speech by Brexit Secretary Dominic Raab, in which Raab tried to reassure EU leaders, politicians and political analysts that the UK would be able to cope with a no-deal Brexit divorce from the EU.

Raab, who replaced former Brexit Secretary David Davis earlier this year, unveiled a series of measures the government was preparing in the event of a no-deal Brexit.  The measures aim to deal with a hard Brexit’s potential impact on credit card payments, access to pensions and the availability of medicine.

Raab’s speech was interpreted by critics, however, as an admission that the government is failing to secure a deal favorable to hard-line Brexit supporters in Westminster, while also being viewed as an acknowledgment from Downing Street that a no-deal Brexit was now much likelier outcome than previously thought, something which British Prime Minister Theresa May had, in the past, suggested was unlikely.

The comments by Hammond seemed intentionally to undermine the government’s position, given that they were made in the immediate aftermath of Raab’s speech, suggesting that there was more division in May’s cabinet than previously thought.

Hammond suggested that a hard Brexit would severely impact Britain’s GDP over the course of the next few years, contradicting assurances made by Raab.  In addition, Alexander Winterstein, EU Commission Spokesperson, off the back of a recent round of negotiations, had already suggested that, whichever Brexit deal was eventually tabled, Britain should prepare for a negative economic impact.

“As we have said many times, we are working constructively to reach a deal. And whilst we’re continuously working to this effect, it is also clear that the withdrawal of the UK is going to lead disruption regardless with a deal or without a deal,” Winterstein said.

A recent poll conducted in the North of England by YouGov indicated that voters supported a new referendum on the terms of the final Brexit deal.