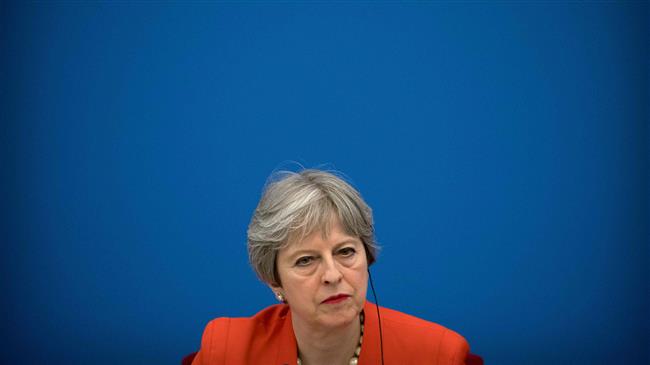 A junior minister in the government of UK Prime Minister Theresa May has suggested that a second referendum on Britain’s withdrawal from the European Union would be a possibility if May’s Brexit strategy is rejected by the UK Parliament.

Mel Stride, a junior minister in the British Treasury, said Wednesday that if May fails to go through with her plan for Brexit in the House of Commons, the ruling Conservative Party would be forced to accept a second Brexit referendum.

“There is a danger of that happening,” said Stride. “Those to the right of the party – the pro-Brexit wing – will be very concerned that if that deal doesn’t prevail, they’ll end up in the situation where we could have a second referendum and we could end up not leaving the EU altogether.”

Less than seven months before Britain is due to officially leave the EU, May has been struggling to win support for her Brexit strategy both in the country and in Brussels.

She has faced criticism from the Tories who believe her so-called Chequers plan, which was announced in July, would make the UK even more dependent on the EU after it leaves the bloc in March.

The opposition Labour Party has also announced that it will reject a deal that would come out of Chequers.

The comments make Stride the first government minister to admit that a new Brexit referendum is possible if the prime minister’s deal is thrown out. They appeared to be an attempt to put pressure on pro-Brexit Tories to accept the Chequers proposals, or risk seeing their dream of leaving the EU disappear completely.

Senior Labour politicians, including London mayor Sadiq Khan, have been advocating the idea of a second referendum. Khan said earlier this week that people should have a final say on Brexit as May’s negotiations with the EU will either end in no deal or a bad deal.

Most EU diplomats and officials are convinced that a no-deal Brexit would “be bad for everyone, but it would be so much worse for Britain.”

“The Brexit elite are desperate to deny the people a voice on Brexit, but there is no stopping an idea whose time has come,” said Labour Party MP Alison McGovern.