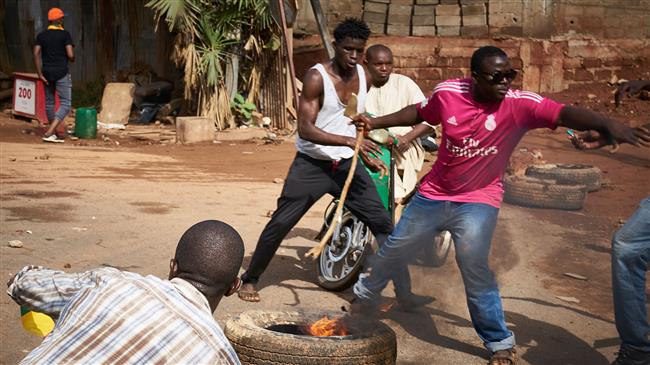 UN calls for calm as dozens injured in Mali protests 0

The UN has called for calm in Mali after dozens of people were hurt during banned opposition protests in Bamako, sparking calls for the prime minister to resign two months ahead of a presidential election.

The opposition said some 30 people were hospitalized — including prominent opposition figure Etienne Fabaka Sissoko who was left “in a coma” — after security forces fired “live ammunition” at protesters on Saturday.

The government rejected the claims outright.

“It is absolutely false to say that shots were fired using live ammunition,” a source close to the security ministry told AFP.

Earlier Sunday, the ministry said the security forces were bound by three words — “professionalism, courtesy and firmness” and that the police had acted to maintain public order.

It denounced the protestors for having injured a policeman in the head.

Police fired tear gas and beat demonstrators with batons, according to an AFP reporter at the scene. Clashes also took place in other locations.

“(He) calls on the Malian government to ensure the protection of fundamental human rights and freedom of expression to peaceful demonstrations, including in the context of the ongoing state of emergency,” a UN statement said.

Mali is one of the so-called “G5 Sahel” states — along with Burkina Faso, Chad, Mauritania and Niger — which have launched joint operations against militant groups.

Most protests are banned as the nation has lived under a near-constant state of emergency since an attack on a hotel in Bamako in November 2015 left 20 people dead.

“In a dozen places, unarmed protesters were attacked with tear gas and clubs,” the office of opposition presidential candidate Soumaila Cisse said in a statement.

“The headquarters of the ADP (Alliance for Democracy and Progress) was attacked by police special forces, who threw grenades. The prime minister’s security services fired live ammunition at protesters gathered” in front of the building, the statement charged.

“Three opposition leaders were violently beaten on the head with clubs and batons,” it added.

“The intention of the government was clear: to terrorize the opposition and all democratic forces.”

The statement also called for “the resignation of the prime minister”.

The demonstrations come ahead of July 29 elections in which Mali President Keita, 73, will face more than a dozen challengers.

The opposition has called for equal access to public radio and television for campaigning.

“The UN secretary-general regrets the government-imposed ban on the demonstrations by opposition parties,” the UN said.

“(He) urges political actors and the civil society to favor dialogue in order to maintain an environment conducive to the holding of credible and transparent elections.”

Opposition leaders have called for new demonstrations next Friday.