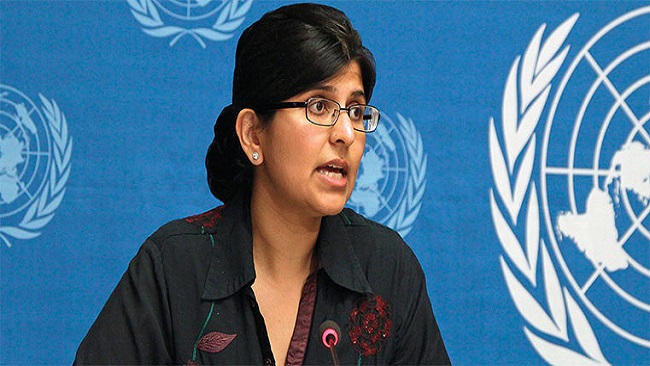 The United Nations human rights wing has expressed worry over the security situation in Cameroon’s restive Anglophone regions from where it says it continues to receive daily reports of violence on the part of state security forces and secessionist elements.

Ravina Shamdasani, spokesperson for the UN High Commissioner on Human Rights, said in a statement on Tuesday: “We are deeply concerned about the worsening violence in the Southwest and Northwest regions of Cameroon, as we continue to receive reports of abductions and killings by armed groups, as well as extrajudicial killings by State armed forces.

“We urge all sides to refrain from acts of violence that have, for more than a year now, left the population in these regions living in fear, unable to access their basic human rights.”

She detailed instances of abduction especially from the Bamenda secondary school plus the most recent incident in the south-west region where eight students and an official are reported to have been abducted.

“They were all subsequently released, after some parents paid ransoms and the Catholic Diocese of Kumba intervened,” the spokesperson added.

Also in recent months, Cameroonian armed forces have allegedly carried out a number of extrajudicial executions in the Northwest and Southwest regions.

On 20 October, in the village of Rom, in the Northwest town of Nwa, security forces reportedly killed four villagers during a confrontation with armed secessionist groups, while on 24 September, two men suspected of being secessionist fighters were reportedly killed on the spot. There have been numerous such reports in the preceding months.

What began as protests in October 2016 in the Northwest and Southwest regions against structural discrimination escalated into violence in 2017, and the situation has worsened considerably since then.

The violence has led to massive internal displacement – at least 436,000 people are believed to be internally displaced, while more than 30,000 have fled to Nigeria since September last year.

We strongly condemn the human rights violations and abuses that have plagued the people in the Northwest and Southwest regions of Cameroon. We call on armed secessionists groups to refrain from the use of violence.

We urge the Government to respect and protect the rights of all, to address the long-standing grievances of the communities in these regions, including through dialogue, to promptly investigate all cases of violations reportedly involving its security and defence forces, and to hold perpetrators responsible.

We also reiterate our readiness to work with the Government of Cameroon, including through an assessment mission to the Northwest and Southwest regions of the country that will enable us to be able to look into the human rights situation first-hand and engage with the Government accordingly on ways to address it.