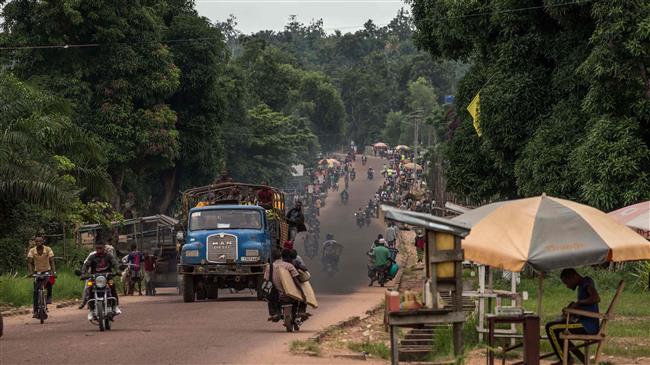 UN human rights investigators have accused security forces and militia fighters in the Democratic Republic of the Congo (DRC) of committing atrocities amounting to war crimes and crimes against humanity in the restive central region of Kasai.

In a report denouncing “a serious problem of impunity”, the investigators on Tuesday called on the Kinshasa government to prosecute perpetrators and provide justice to victims.

“Some of the abuses committed by the defense and security forces, the (pro-government) Bana Mura militia and the (rebel) Kamwina Nsapu militia constitute crimes against humanity (and) war crimes,” independent experts said in the report, which will be presented to the UN Rights Council next month.

The UN report, based on interviews with 524 victims, witnesses and perpetrators, focused on violations in Kasai.

The ethnic conflict was marked by the burning down of villages, the UN report said, and Kamwina Nsapu forced child soldiers to decapitate enemies.

The Armed Forces of the Democratic Republic of the Congo (FARDC) and the allied militia opposed the Kamwina Nsapu militia in a partially ethnic conflict that largely ended at the end of 2017. The year-long rebellion killed up to 5,000 people and forced some 1.5 million people from their homes.

“Numerous acts have been committed by the FARDC and the Kamwina Nsapu militia against people not participating directly in the hostilities … including murder, mutilation, rape and other forms of sexual violence, looting … and conscription of children under age 15,” the report said.

“Many children have been abducted, wounded, mutilated, detained or executed,” the report said. “Some saw their parents beaten, decapitated or their mothers raped. Many were forced to fight, put on the front lines without arms or with fake weapons, knives and sometimes traditional rifles. They were forced to kill and decapitate,” it said.

In July 2017, a Congolese court convicted seven soldiers of the murder of suspected militia members in Kasai after a video showed soldiers shooting people at point blank range.

Back in March, militants also killed two UN workers, a Swede and an American, after abducting them in the same region.

Over a dozen people have been detained in connection with the crime but separate UN experts complained that Congolese authorities were obstructing their efforts to assist probe.

The conflict in the previously peaceful Kasai region was one of a series of deadly flare-ups to hit Congo around the time long-serving President Joseph Kabila. The guerrilla movement has been leading a bloody rebellion against moves by Kabila to extend his stay in power.

The UN, which has discovered dozens of mass graves in the area, accuses both security forces and the militants of gross human rights violations.

Millions died in wars around the turn of the century across the Democratic Republic of the Congo. The UN food agency warned last year that more than three million people were at risk of starvation in in Congo’s Kasai province.
Source: Presstv