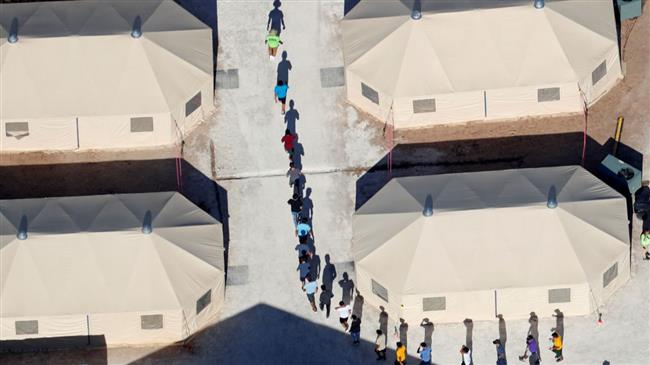 UN urges US to find alternatives to detaining child migrants 0

The UN human rights office has urged the Trump administration to find alternatives to its present immigration policies and stop detaining migrant children.

“While we acknowledge the US government’s decision not to continue separating children from their parents, we understand that the practice now will be to detain the children with their parents,” UN human rights spokeswoman Ravina Shamdasani told a Geneva briefing on Friday.

“We have said time and again the children should never be detained in relation to their or their parents’ migration status. It is never in the best interests of the child for them to be detained,” Shamdasani added.

On Wednesday, Trump signed an executive order to halt family separations at the country’s southern border, but asserted that his policy against illegal border crossing was still in place.

This comes as the Trump administration has reportedly decided to place up to 20,000 unaccompanied migrant children on military bases starting as early as next month.

“HHS has requested DOD determine its capabilities to provide up to 20,000 temporary beds for unaccompanied children at DOD installations,” according to a notification, sent to lawmakers on Wednesday.

A spokesman for the Defense Department said later that Pentagon will make space available on military bases for the children detained after illegally crossing the US-Mexico border.

Thousands of people have been protesting in several US cities in recent days and activists are planning nationwide protests on June 30 following reports on the inhumane treatment of immigrants.

In May, Attorney General Jeff Sessions announced a “zero tolerance” policy towards undocumented migrants and refugees, promising to prosecute those who crossed the southern border illegally. Part of that approach has been separating children from their parents who are detained.

Currently, there are over 10,000 children being detained in the United States.