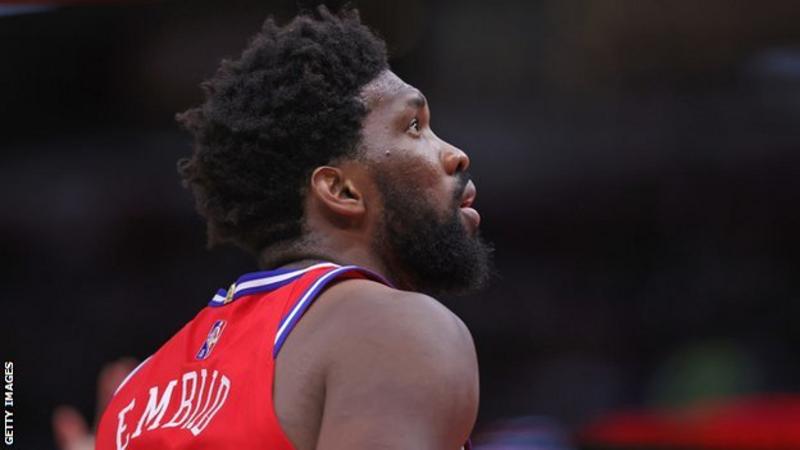 The 27-year-old was set to be rested for Monday’s 103-96 loss to the New York Knicks but is now likely to miss more games in line with the NBA’s health and safety protocols.

One of the games Embiid will miss is Tuesday’s showdown against defending champions the Milwaukee Bucks.

“He’s not doing great – he’s struggling,” Rivers said before the loss to the Knicks.

Embiid has been a key figure in the Sixers’ impressive start to the season, with an average of 21.4 points and 9.4 rebounds per game so far.

Power forward Embiid is the latest member of the 76ers team to test positive for coronavirus.

“It’s a concern, obviously, because what is it – four guys now? And a staff member. It clearly is a concern,” Rivers added.

The 76ers’ defeat by the Knicks on Monday was just their third of the season, with eight wins so far in the Eastern Conference which they currently lead.