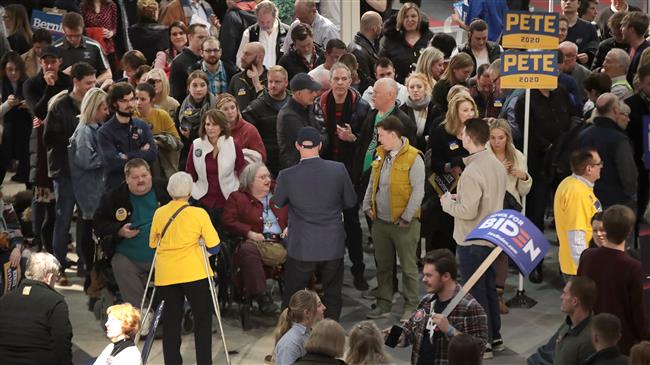 As Iowa’s Democrats entered their party’s caucuses on Monday, defeating President Donald Trump in November’s election was at the top of their minds when considering which candidate to support for the party’s 2020 presidential nomination, according to preliminary findings by the National Election Pool (NEP).

The NEP, a consortium of news organizations including Reuters that runs election-day polling through Edison Research, found most caucus-goers were simply looking for a winner instead of someone who agrees with them on the issues.

Here are some highlights from the entrance poll based on interviews with 745 Iowa Democrats as they headed into the caucuses. The results will be updated as more interviews are collected.

Six in 10 caucus-goers said they were looking for a Democratic nominee who they think can beat Trump. About four in 10 said they wanted a nominee who agrees with them on major issues.

Nearly a third of Democrats said before entering the caucuses that they picked their candidate in the last few days.

That appears to be higher than the number of late deciders in 2016. Four years ago, 16% of caucus-goers said they had made their choice in the last month or earlier.

The entrance poll also asked Democrats about which candidate they were supporting for the nomination. The selections are not predictive of the outcome, however, given that many Democrats will change their preferences if their chosen candidate does not win enough support in the caucuses.

Edison, a Somerville, New Jersey-based exit polling firm, has been providing election-day poll data to a consortium of news organizations through the National Election Pool since 2004.