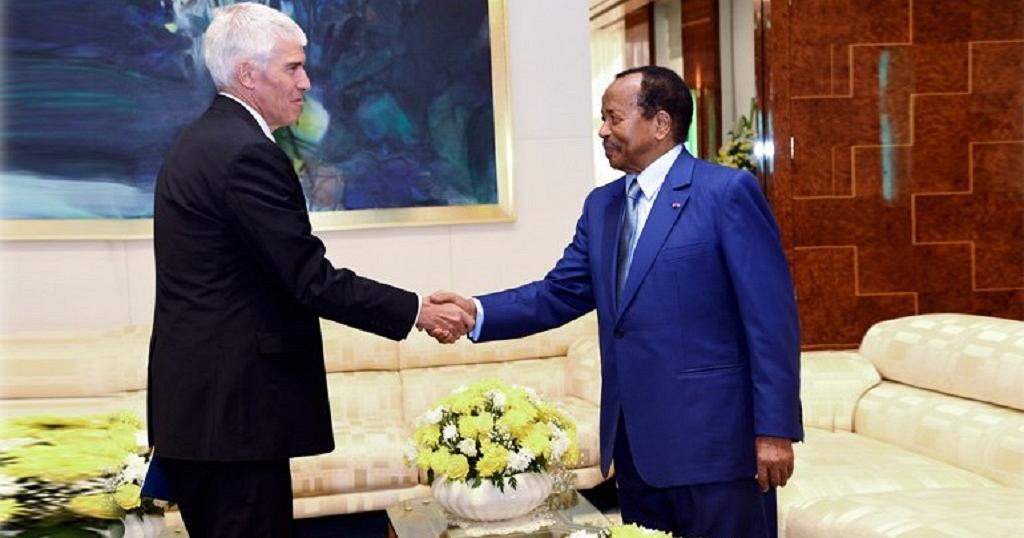 The US says it may support a humanitarian plan unveiled by the Cameroonian government aimed at responding to the crisis in the north west and south west regions of the country. The authorities in Yaoundé outlined a 19-million-euro project to carry out reconstruction as well as provide food and basic necessities including blankets and mattresses.

“The United States commends the Cameroonian government for taking the initiative to address the problem of humanitarian assistance and access in the north west and south west regions,” said US Ambassador Peter Barlerin.

“We will be examining the proposal closely with a view towards considering how we may be able to support it.  We call on both sides to renounce further violence and urge broad-based dialogue with no pre-conditions,” according to a statement sent to RFI.

Cameroon’s Prime Minister Philemon Yang on Wednesday presented a report detailing the government’s assessment of the crisis in the Anglophone regions. The humanitarian aid package will be paid for through the state budget, a national solidarity fund and contributions from international partners, according to the 23-page report.

Almost 75,000 people have been internally displaced by violence in the Anglophone regions, according to the government report. In addition, more than 20,000 people from the north west and south west regions have registered as refugees in neighbouring Nigeria, according to the UN refugee agency.

The government report also blamed armed separatists for the violence in the Anglophone regions, attributing the deaths of some 84 members of the security forces to assassinations and several decapitations.

“These terrorist groups have carried out a number of crimes, executions,” Prime Minister Yang said during the presentation of the report in Yaoundé. “The terrorists have notably attacked the education sector, economic activity, the security forces, administrative and traditional authorities as well as civilians,” he added.

However, the separatists, who are fighting for the establishment of an independent state called Ambazonia, rejected the government’s accusations, despite taking credit for the killing of Cameroonian security forces.

“Armed separatists are not responsible for the burning of schools,” Ayaba told RFI in a telephone interview, saying that the separatists do not use child soldiers or incite hatred via social media.

“It’s a laughable plan,” Ayaba said of the government’s humanitarian proposal. “It invades, it shatters communities, deprives them of their livelihood, burns down their means of survival, chases them out of their homes and then throws a bone and hopes that, like hungry dogs, they’ll fight over it.”

Rights group Amnesty International has accused both sides of being responsible for rights abuses since a spike in violence in the Anglophone regions.

The Amnesty report accused the separatists of being responsible of the burning down of at least 42 schools. But also levelled allegations at the security forces, blaming them for targeting whole villages in the north west and south west regions.

Amnesty described the response to the Anglophone crisis as “heavy-handed” with the army and police responsible for unlawful killings, extra-judicial executions, destruction of property, arbitrary arrests and torture.

The crisis in the Anglophone regions of the country began with protests demanding the use of the English language in classrooms and courts. But since last October it has escalated with the self-declaration of independence for so-called Ambazonia. Separatists with basic weapons and little training have clashed with Cameroonian security forces.