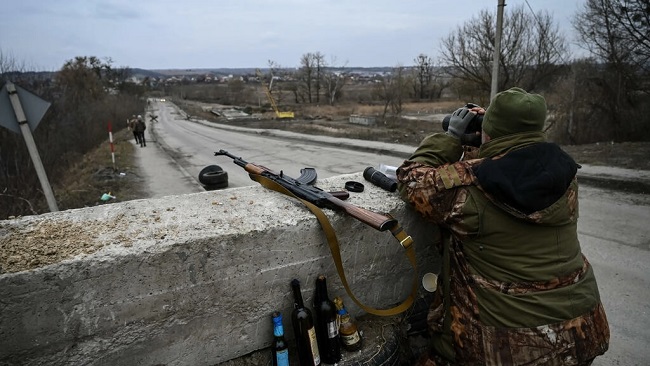 US urges Ukraine to consider peace talks with Russia 0

Senior US officials have reportedly begun prodding Kiev to consider peace talks with Moscow, fearing winter may stall its momentum after scoring a key victory in retaking Kherson in the persisting Ukraine war.

Despite continued pledges of support for Ukraine from the US and its allies, “top officials in Washington are beginning to wonder aloud how much more territory can be won by either side and at what cost,” major US daily The Wall Street Journal reported Sunday, noting that some European officials remain “more bullish” on Ukraine’s chances.

Pointing to the looming winter season as well as fears of inflation – impelled by surging energy and food costs, billions of dollars of weaponry already pumped into Ukraine, and the tens of thousands of casualties on both sides – the daily emphasized that top US officials are now talking about “a potential inflection point in the war.”

“There has to be a mutual recognition that military victory, in the true sense of the word, maybe not achievable through military means, therefore you need to turn to other means,” said the Chairman of the US Joint Chiefs of Staff Army Gen. Mark Milley in an address before the Economic Club of New York on Wednesday as quoted in the report. “There’s also an opportunity here, a window of opportunity, for negotiation.”

The US and some of its allies are concerned that their stockpiles of weaponry, including some ammunition, are being depleted at an unsustainable rate, it added, pointing out that US military aid for Ukraine stands at nearly $19 billion so far this year, far outstripping European assistance.

“We are seeing real, practical problems of making military progress, we are seeing shortages of munitions,” said another Western official as quoted in the report.

The prospect that Ukraine won’t make major battlefield gains in the weeks ahead has led the US and some European officials to wonder when public pressure would emerge to demand a settlement, according to the daily.

“We are saying to the Ukrainians that it is up to them to decide when to do it,” said a Western European official, referring to the potential for talks. “But it might be a good idea to do it sooner.”