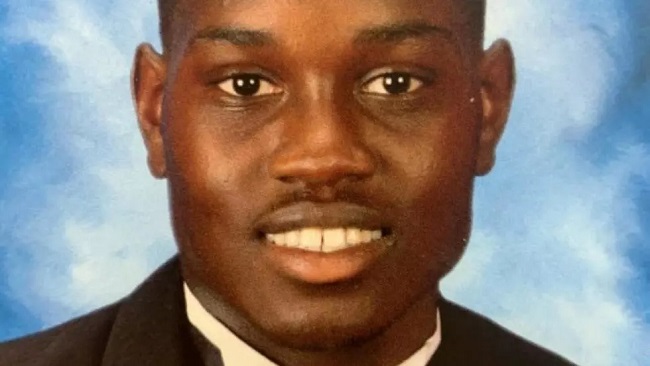 One of the white men charged in the Georgia killing of Ahmaud Arbery used a racial slur after shooting the unarmed black man, an investigator testified in court on Thursday, an explosive allegation in one of the cases roiling race relations in the United States.

After more than five hours of arguments during which a prosecutor said Arbery, 25, had been “chased, hunted and ultimately executed”, Glynn County Chief Magistrate Judge Wallace Harrell ruled probable cause existed and the case could go to trial.

Special Agent Richard Dial of the Georgia Bureau of Investigation (GBI) said William Bryan told his office in an interview last month that Travis McMichael uttered the slur as Arbery lay dying from shotgun wounds on Feb. 23. Bryan and McMichael are both defendants in the case.

“Mr. Bryan said that after the shooting took place before police arrival, while Mr. Arbery was on the ground, that he heard Travis McMichael make the statement: fucking nigger,” Dial said in testimony.

The Arbery case triggered a national outcry after cellphone video of the shooting was leaked on social media a month ago. Thursday’s hearing follows more than a week of protests across the United States over the May 25 death in Minneapolis police custody of George Floyd, also a black American. Four officers have been charged in that case.

Dial said he had evidence from social media and elsewhere that Travis McMichael had used racial slurs in the past. McMichael, a former U.S. Coast Guard boarding officer, once told a friend that he loved his job because he “was on a boat and there weren’t any N-words anywhere,” Dial testified.

Dial said the three defendants – Bryan, 50, Travis McMichael, 34, and his father, former police officer Gregory McMichael, 64 – chased Arbery in pickup trucks and sought to box him in as he was jogging in their neighbourhood.

Jason Sheffield, an attorney for Travis McMichael, pressed Dial on whether Bryan was promised leniency for possible cooperation with prosecutors when he cited the alleged slur, and argued that his client had acted in self defense.

Dial said he was unaware of any leniency offer and that it was Arbery who was defending himself.

“I believe Mr. Arbery’s decision was to just try to get away and when he felt like he could not escape, he chose to fight.”

That testimony was elicited by Kevin Gough, Bryan’s attorney, who later argued that his client did not know why the McMichaels were chasing Arbery and had done what “any patriotic American citizen would have done”.

Special prosecutor Jesse Evans called that assertion “asinine”. “Any American would pick up the phone and call 911,” Evans told the court.

The three defendants were not charged until more than two months after the shooting. The GBI stepped in to investigate after the video circulated widely and Glynn County police took no action.

Police say Gregory McMichael saw Arbery running in his neighborhood and believed he looked like a burglary suspect. The elder McMichael called his son and the two armed themselves and gave chase in a pickup truck, police say.

Dial said video and other evidence showed that the first of three shots from Travis McMichael’s 12-gauge Remington Model 870 pump-action shotgun was to Arbery’s chest.

“You see the front of his shirt is saturated with blood,” Dial said. “The second shot is off camera as well but you do see the blood mist come into the camera screen.”