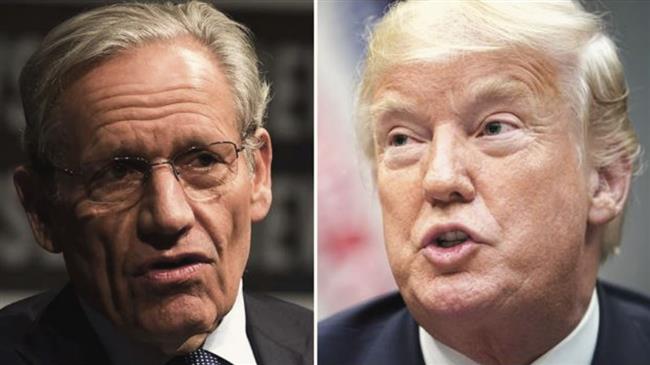 US: White House hits back at Woodward over new revelations 0

The White House is calling Bob Woodward “reckless” and “careless” over his revelations in a new book.

White House press secretary Sarah Huckabee Sanders made the comments on Monday, not dismissing the idea of a lawsuit against Woodward over his book.

“A number of people have come out and said Woodward never even reached out to corroborate statements attributed to them, which seems incredibly reckless for a book to make such outrageous claims to not even take the time to get a $10 fact-checker to call around and verify that some of these quotes happened,” Sanders said during Monday’s press briefing.

Some administration officials have already refuted claims attributed to them in the book, titled Fear: Trump in the White House.

They include Defense Secretary James Mattis, chief of staff John Kelly and former Trump attorney John Dowd, all of whom have “aggressively” hit back at the claims.

“I think those are far more credible sources, and far more reliable voices within this administration and that can accurately tell what’s taken place in the building behind me,” Sanders said.

Releasing responses to every single allegation by Woodward “would be a complete and utter waste of our time.”

The veteran journalist has been promoting his book, which describes a paranoid White House under the New York billionaire.