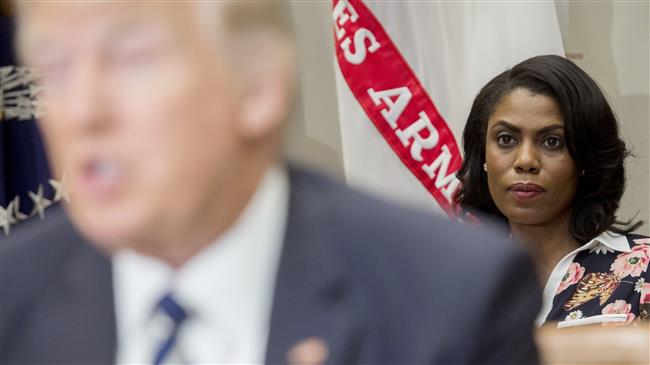 US President Donald Trump has escalated his public feud with a former White House aide, calling her a “dog” after she accused him of using racial slurs.

The spat intensified on Tuesday, when Omarosa Manigault Newman publicly released more recordings from her time as a contestant on Trump’s reality show – The Apprentice – and her tenure at the White House.

“When you give a crazed, crying lowlife a break, and give her a job at the White House, I guess it just didn’t work out. Good work by General (John) Kelly for quickly firing that dog!,” Trump wrote on Twitter, referring to his chief of staff.

Newman, who was sacked last December, has accused Trump of making derogatory statements and using N-words about African-Americans, Filipinos and other minorities, saying the US president has a “pattern” of insulting people of color and questioning their intelligence.

Newman, who served as communications director for the White House Office of Public Liaison, has also released several audio recordings of conversations she had with Trump and campaign aides as well as a recording of her firing by Kelly.

“Donald J. Trump for President, Inc. has filed an arbitration against Omarosa Manigault Newman, with the American Arbitration Association in New York City, for breach of her 2016 confidentiality agreement with the Trump Campaign,” a Trump campaign official said in a statement.

Newman said she would not be “silenced” or “bullied” by the legal action from Trump’s campaign team.