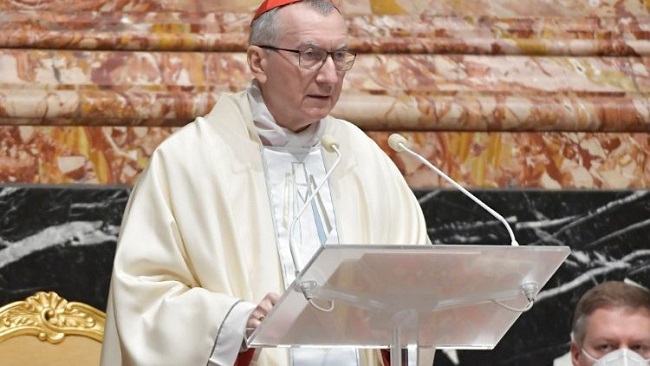 The Vatican Secretary of State is visiting Cameroon until 3 February, during which he will meet with government leaders, celebrate Mass in Bamenda Cathedral to present the pallium to Archbishop Andrew Fuanya Nkea, and visit the Household of Hope in Yaoundé.

He is accompanied by Msgr. Ivan Santus, an official with the Section for Relations with States of the Secretariat of State.

The visit is meant to show—once again and in the context of the current humanitarian emergency caused by the pandemic—the attention of the Church and Pope Francis for the African continent, a land rich in humanity but marked by great suffering.

It is also intended as a concrete sign of “common, supportive, and inclusive commitment to protecting and promoting the dignity and good of all, a willingness to show care and compassion, to work for reconciliation and healing, and to advance mutual respect and acceptance.”

The Pope called for this expression of concern in his message for the 54th World Day of Peace, celebrated on 1 January 2021, which was entitled: “A culture of care as a path to peace”.

Meetings with the country’s authorities are planned, as well as various religious appointments.

Cardinal Parolin will celebrate the Eucharist in the Cathedral of Bamenda, during which he will impose the pallium on the Archbishop of the Diocese, Andrew Nkea Fuanya.

The Vatican Secretary of State will also visit the “Household of Hope” in Yaoundé.

The center was founded 40 years ago by Jesuit Father Yves Lescanne to provide assistance for street children and young prisoners.