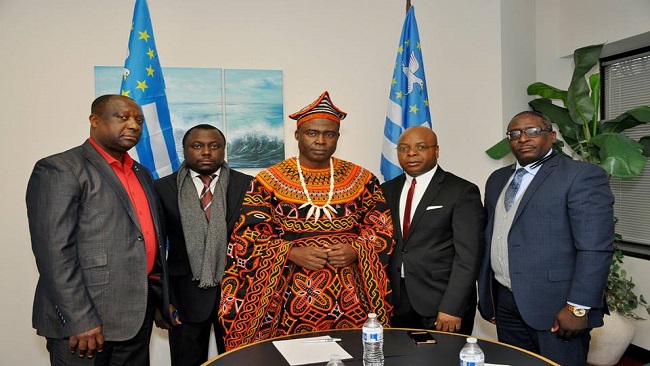 “Whether we accept it or not, Ambazonian leaders are in the Diaspora” 0

Those who are backing Cardinal Tumi’s initiative and condemning restoration advocates are making a mistake. When in 2016, the government sat down with the Consortium to negotiate but turned around and arrested the same people they were negotiating with them the previous night, would anyone in their right mind trust such a government?

Holding the so-called AGC in the Republic of Cameroon or in Ambazonia, any frontline leader who venture to attend such a so-called conference is abandoning freedom to jail. If Cardinal and his spiritual leaders were serious and want those advocating for restoration of Southern Cameroon independence, they would arrange in a neutral country.

Cardinal Tumi knows very well that he himself is afraid to say what is in his heart of heart. Someone will ask me if I am God to know the mind of the Cardinal, I would say I am not God but those spiritual leaders are talking with fear. Has anyone of them ever mentioned that the views of the majority of Southern Cameroonians that we get our independence from the Republic of Cameoon?

All they have been talking is federation and discentralisation. The so-called ten regions is already discentralization. We tried federation but it failed. Let the spiritual leaders take the meeting out of Cameroon. It may be their passports have been confiscated. If they are serious, the AGC should be held outside Cameroon. It is only then attendees will be frank. Whether we accept it or not, Ambazonian leaders are in the Diaspora. That’s the simple fact. God bless.