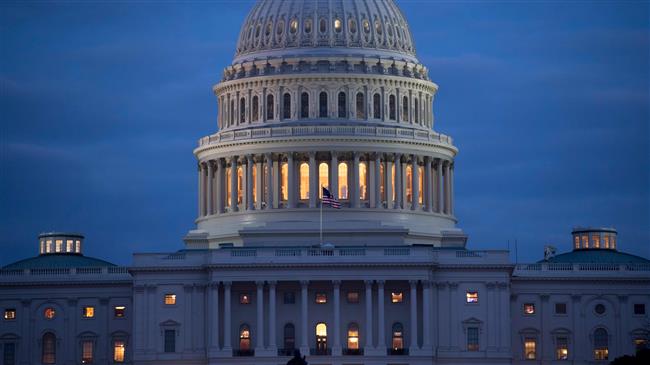 The White House has warned that the US government faces a second shutdown in three weeks as Congress encounters obstacles to pass a temporary spending bill before midnight.

The White House’s Office of Management and Budget “is currently preparing for a lapse in appropriations,” an OMB official said Thursday, calling on lawmakers to get the measure to President Donald Trump’s desk “without delay.”

With just hours to go before current federal funding expires, the effort stalled in the Senate when one lawmaker blocked a quick vote on the compromise bill in the upper chamber of Congress.

Republicans and Democrats agreed Wednesday on a two-year deal to increase government spending. But the bill hit a stumbling block after Senator Rand Paul refused to allow the Senate to act expeditiously to pass the spending measure.

Moving legislation swiftly through the Senate requires consent by all 100 members, but Paul objected.

The legislation is expected to increase the bulging federal deficit which is estimated to be around $440 billion for fiscal year 2018.

“I can’t in all good honesty and all good faith just look the other way because my party is now complicit in the deficits,” Paul said.

If the Republican senator from Kentucky stands his ground, congressional rules dictate that Senate Majority Leader Mitch McConnell can declare a new session at midnight Friday, then hold a procedural vote on the spending bill one hour into the new day. A final vote would follow.

If passed, the bill would then head to the House of Representatives. If it passes, it would be sent to the White House for a signature by Trump, who supports the measure.

But the deal’s fate in the lower chamber is far from certain. Fiscal conservatives in the House may join with Paul in balking at adding billions of dollars to the national debt two months after passing a $1.5 trillion tax cut package.

The US government shut down for two days last month after a failure to pass legislation to fund government operations and agencies.

There have been four government shutdowns between 1990 and 2017. In 2013, government funding lapsed for 16 full days and more than 800,000 government workers were put on temporary leave.