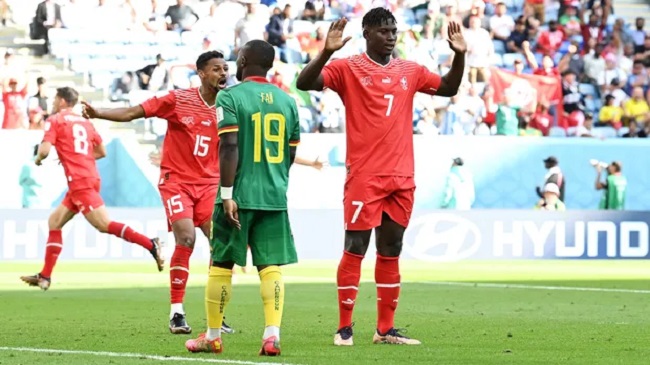 Breel Embolo opened the scoring for Switzerland against Cameroon – his nation’s first goal of the tournament – but his celebration was muted.

WHAT HAPPENED? After a fairly tepid first 45 at the Al Janoub Stadium, the second half burst into life in favour of Switzerland. A well-worked Swiss move saw Shaqiri in space on the right, who found Embolo in even more space in the middle, with the striker making no mistake from just outside the six-yard box. In what would have been an unrivalled joyous moment, Embolo’s emotions were muted.

WHY DIDN’T EMBOLO CELEBRATE? Despite scoring his side’s first goal in Qatar and his first ever at a World Cup, Embolo’s celebrations were limited as the Switzerland international was actually born in Cameroon. The 25-year-old’s muted response to scoring was a sign of respect for his place of birth, as they fell to a 1-0 deficit early in the second half.